Cast your mind back to May 2014, when retail heavyweight Sir Philip Green barged into grocery, propelled by research that said 80% of BHS shoppers wanted to buy food.

Green opened up three trial grocery stores and struck a deal with Booker to be sole supplier. That teamed him up with one of the most efficient operations in the game, as well as the wisdom of long-term business associate and Booker CEO Charles Wilson.

Early sales were promising, a highlight of the struggling overall operation. Then, in March 2015, Green sold the 171-strong BHS chain to Retail Acquisitions for a reported £1 (140 are permitted to sell food). So what would the new owners make of his foray into grocery?

They love it. On a bright Thursday morning in Watford, new BHS CEO Darren Topp is proudly showing off BHS grocery 2.0, starting on the street outside, where the entire façade has been devoted to promoting the revamped food store, complete with four digital screens.

“It shouts ‘Bang, we’ve got a big food store here,’” says Topp, showing off the display. “On the screens we can show the latest deals, the latest offers, great brands and great prices.”

Right on cue, a woman walking past the store slows down, pulling back her partner. “Look, they do food now,” she says - before speeding up again.

“She might not have come in but mentally she’s filed it,” says Topp. “Maybe she will go on social media and tweet about it. If anyone tweets we give them a discount. We are trying to get it up and running and build awareness.” 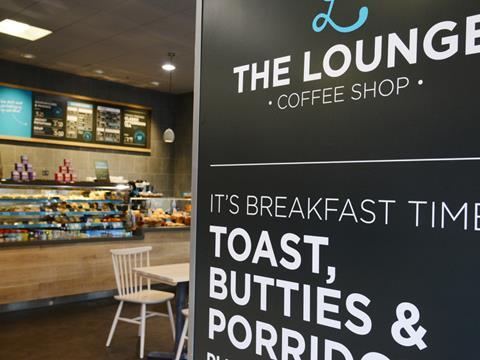 So what else is new for the next phase of the rollout? Topp describes it as “a completely integral part of the turnaround plan” for the newly acquired BHS (which is also boasting a sleek new logo, inventive and stylish window displays and revamped cafés, supplied by Compass).

Despite the three trials proving “very successful”, this is “different” says Topp. “We have learned a lot of lessons. We were right out of the box with the first three. We were guessing.”

It’s smartened up. “It was very red and white, now it’s smarter,” says Topp. “We have toned it all down and rebranded the whole piece. We won’t win design awards for it, but it brings us into the 21st century in a big way. Suddenly the offer of food, home clothing, some concessions, and updated cafés, it’s a more attractive proposition.”

As for the range, Topp says he knew customers wanted food, but not necessarily the mix they wanted. Now they do.

The 3,000 sq ft Watford store holds “just over 3,000 SKUs. You’ve got good, better, branded. And what has been interesting is the amount of fresh meat we are doing. Lots of chicken - we do joints at the weekend that come in on a Thursday. At Christmas we will do turkey crowns. We have a steak deal. Previously frozen was 20%, now it’s more like 5%. And the opposite is true of fresh.”

It also does its own dine in for £10-style deal. “This is good product,” says Topp, holding up Moy Park vegetables in premium pouch packaging. “We can’t sell crap. I won’t have a business next year if I do. Today’s customer is very discerning and if they think you are just selling cheap rubbish you won’t get their business. So I don’t want to be cheap and horrible because it will die. People don’t want it any more.”

BHS are not the first to ape M&S promotions and Topp is up-front about the fact that part of his strategy is to learn from rivals.

“It’s a competitive marketplace and we are new to this,” he says. “We are looking at what everyone else is doing and pulling the best of what we see. We are riding on that move away from big shops to top-up shopping. And the great thing about the British high street is you have millions of people walking past every day. That’s why we have been really punchy out front.”

Currently, the average basket size is about £6, though the store does have trolleys and “people are occasionally filling them, practically doing the weekly shop, though I haven’t got many of those. It’s not how we designed it. Mainly it’s people buying a bottle of wine, food for the evening, milk and bread in the morning. We sell tobacco but it’s a relatively small part of what we do.” 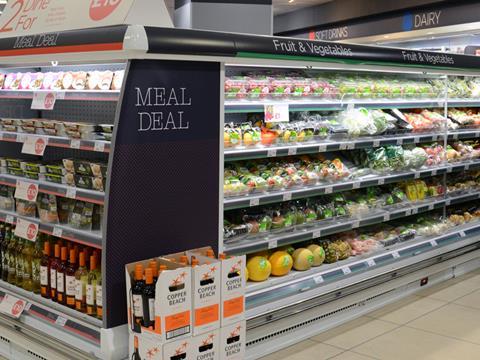 As for price points, BHS is resisting the temptation to get involved in the price war. “I am sure you can find a better deal somewhere. Someone is always doing a better deal. So when it comes to price, we want to be in the same place as Asda and Tesco. With some of the deals, we will be cheapest, but our aim isn’t to claim to be cheaper than everyone but to be competitive. This is about convenience. I need range, I need width and I need competitive pricing. We want to make some money as well. It’s important we do that.”

Even with that in place though, and with convenience enjoying popularity with customers, Morrisons has proved it isn’t easy. So what makes Topp so confident?

“There are a number of factors. I’ve got the space, I’ve got the consent. Starting from scratch is expensive. My only barrier to entry was only the cost of putting the store in. I didn’t need planning consent, I didn’t need a new lease.”

So how much does it cost to convert part of the store over to food? “I’m not going to give you the number but these conversions are very, very affordable, which is why we can do 20 stores now and we’ll be into 50-plus next year. We have an existing million customers a week that want to see food; we are in fantastic prime pitches on the high street.” 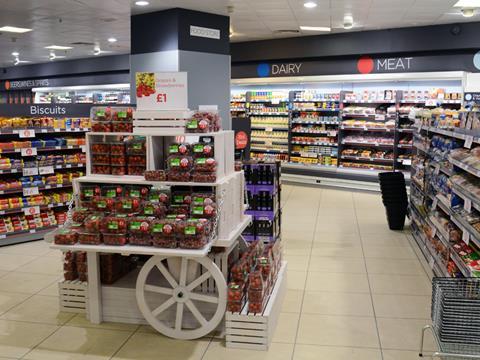 The relationship with Booker is also “critical”, he adds. “In conjunction with Booker we can put an offer together that our customers want. We are getting a lot of help from Booker. Charles Wilson was in here yesterday and he loved it. He has been very supportive. And the great thing about using Booker is they do all the sourcing, all the distribution. We can choose from 10s of thousands of SKUs. In our smaller stores, we have trialled two smaller grocery stores of 1,000 sq ft and they have been phenomenal. We have maybe 1,500 SKUs in there, no frozen, just cold chain and ambient.”

Ultimately, Topps believes BHS has a “formula” that “customers tell us they like. And they are spending money. At Staines, the BHS was next door to M&S. We put in food and footfall doubled overnight. And we have learned a lot over the past year. We are 10 days in now in Watford and every day the sales have been higher than the previous day.”

So the plan is to roll out more, and fast. “We can have 20 this side of Christmas and we’ll get 50 done next year,” he reiterates. “Speed is critical. I’ve had three and I’ve learned a lot. I want to make sure they succeed. And assuming the next 20 work like the last three, every time we open a store we’ll look to sell food.”