Iceland to sell its food ranges in The Range stores 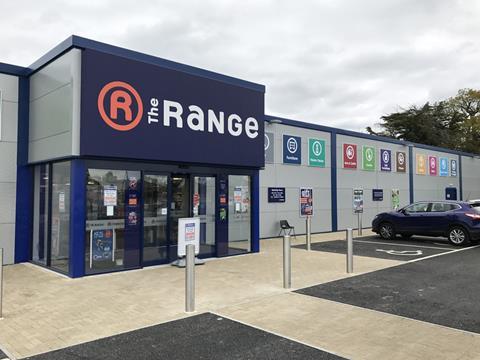 Iceland is to begin selling its food products in home and garden chain The Range.

The supermarket will offer its complete food range in two existing branches of The Range and another that is due to open shortly. All three stores-within-stores are set to open by the end of September, with more to be confirmed “in due course”.

The two existing branches of The Range are in the Birmingham area and the one yet to open is in Liverpool. Neither retailer would confirm the exact locations.

The outlets are to be supplied by Iceland and staffed and operated by The Range, which has 158 branches throughout the UK.

Founded in 1989 as a market stall in Plymouth, where its head office is located today, the non-food retailer sells over 65,000 products across 16 departments including homewares, DIY and gardens.

The chain favours out of town locations and has an average store size of 40,000 sq ft.

Iceland founder and executive chairman Sir Malcolm Walker said the two retailers’ shared values made for a natural alliance which he hoped would reach “people who have not shopped at Iceland before” in a “new type of location”.

“The ethos of The Range, to bring customers great quality products at the most competitive prices, is absolutely identical to Iceland’s, so I feel that we make natural partners,” he said.

The Range founder and chairman Chris Dawson said: “This alliance is so exciting. The Range’s massive non-food offering under the same roof as Iceland’s unique food offering will provide customers with a ‘one stop shop’ and access to over 80,000 different products under one roof.”

Like Iceland, The Range also sells through its website, although a spokeswoman for the home and garden chain said there were no plans for an online alliance. “Initially the plan is to sell Iceland food products in three stores,” she said.