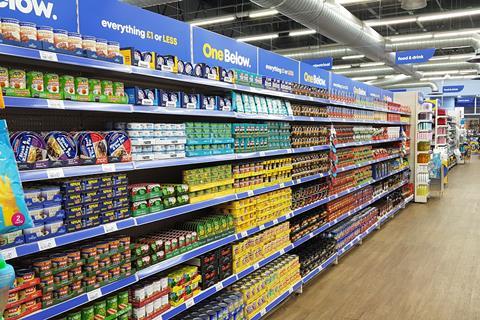 One Below, the discounter chain launched in 2019 by the father-and-son duo who built Poundworld, is ramping up its estate expansion.

The business has already grown from about 60 stores before the pandemic to 75 now, and has set a new target of 90 by the end of this year. It has extended its warehouse in Darton, Barnsley, to provide additional distribution capacity for the growth.

One Below’s model sees all products priced at £1 or less. About half the variety discounter’s range is made up of food and drink and fmcg.

It is the concept of Chris Edwards Sr and Chris Edwards Jr, the pair who were behind Poundworld before its 2015 sale to TPG Capital.

“At our current total of 75 stores, we have maxed out our existing warehousing facility, so we are extending the current facility by another 60,000 sq ft to 180,000 sq ft in total.

“We are currently fitting out the additional space now and will start operating out of it from the first week in August.”

The business this week appealed for new store sites in a post on LinkedIn, saying they needed to be between about 5,000 sq ft and 10,000 sq ft in “busy high streets, retail parks and shopping centres”.