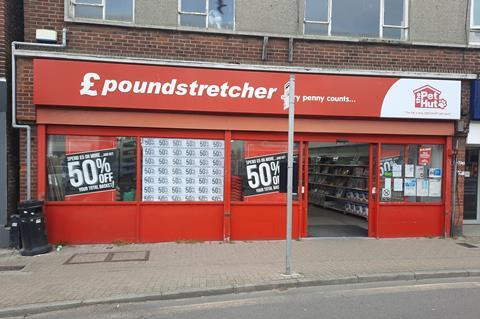 Poundstretcher has responded to reports suggesting it raised prices at the same time as launching sales promising 50% off.

The retailer claimed its promotion had been “misrepresented” by an article in The Scottish Sun that suggested many items had doubled in price. The newspaper quoted a shopper who said a three-pack of kitchen roll had gone from around £3 to £7.99, making it more expensive even with 50% off.

“The Scottish Sun article misrepresents our 50% off promotional offer,” said a Poundstretcher spokeswoman. “It is not true that our prices are more expensive. In fact, I can assure you that we are generally cheaper than every other retailer in the UK by between 10%-70% on the price our customer pays at the till.”

More than 20 shoppers have taken to Trustpilot since 15 March complaining of Poundstretcher raising prices alongside the 50%-off promotion. One shopper wrote: “Poundstretcher has inflated all their RRPs by 100% and then reduced by 50% at the till. I will never visit any of the stores again.”

Another said: “Marking their prices up more than double and then cutting them by 50%. Shows a lack of respect for their customers.”

Poundstretcher’s spokeswoman said: “Regarding price increases, there has been a 37% increase in food cost prices compared to last year from branded food suppliers. We are receiving price increases every week from our suppliers with the same supplier sometimes increasing their prices as many as four times since the beginning of January 2022.”

As an example, she said the cost price before VAT of 16 130g packets of Kettle crisps, in Lightly Salted, Balsamic Vinegar and Mature Cheddar and Onion flavours, was rising on 1 May from £9.26 to £20.26.

She added: “We could give you hundreds of examples of branded food and toiletries suppliers presenting price increases to us.

“In addition to the multiple price increases from UK suppliers, there has been very significant increases in freight shipping costs from China over the past six months. Despite this background of cost price inflation, we are offering our customers, via the 50% offer, prices that are indeed significantly cheaper than last year.”

Poundstretcher launched sales promising 50% off everything earlier this year. From 8 April, the offer changed to ‘50% off when you spend £5 or more’ and was extended to all Poundstretcher stores. Despite the new stipulated £5 minimum spend, Poundstretcher was also applying the 50% discount to baskets under £5 when The Grocer visited a store.

Kettle owner Valeo Foods did not provide a comment on the cost price increases noted by Poundstretcher.