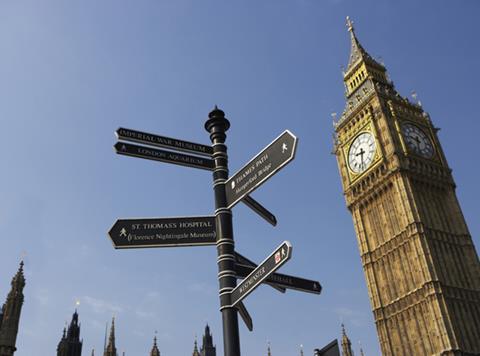 Chancellor Philip Hammond has warned that growth in the UK economy is set to slow down as borrowing rises more than expected and inflation rears its head in the wake of uncertainty created by Brexit.

In his first major fiscal statement as Chancellor, Hammond said his task was to “prepare our economy to be resilient as we exit the EU”.

The Office for Budget Responsibility (OBR) forecast growth of 2.1% for this year – higher than forecast in March’s Budget but down from the 2% predicted before the EU referendum in June.

Hammond the declines to lower investment and weaker consumer demand, driven by greater uncertainty and higher inflation stemming from the weakness of sterling seen since the Brexit vote.

“While the OBR is clear that it cannot predict the deal the UK will strike with the EU, its current view is that the referendum decision means that potential growth over the forecast period is 2.4 percentage points lower than would otherwise have been the case.”

It leaves the UK economy £122bn worse off by 2020 than the OBR previously guided, with a table in an economic outlook report by the watchdog attributing £58.7m of that total to the referendum result over the five years.

Hammond said knew how much business valued certainty and stability before confirming plans set out in the Budget back in March to cut corporation tax to 17% by 2020 and implementing the business rates reduction package worth £6.7bn, which critics argued didn’t go far enough.

”My priority as Chancellor is to ensure that Britain remains the number-one destination for business – creating the investment, the jobs and the prosperity to protect our long-term future,” Hammond said.

The Chancellor also announced he would double the UK export finance capacity to make trading overseas easier for British companies.

The move was welcomed by the Food and Drink Federation (FDF), which this week revealed food and non-alcoholic drink exports soared 12.1% to £3.4bn in the third quarter.

FDF director general Ian Wright said: “Exports of branded food and drink are at their highest level on record and yet there is massive untapped opportunity for UK businesses. Doubling of export finance capacity to support trade is welcome.

“We will work with UK Export Finance (UKEF) to boost awareness among food and drink exporters of the products and services they provide. For food and drink producers, it’s the on-the-ground support such as mentoring and increased UK presence at internationals trade shows which can result in the greatest gains.”

Autumn Statement summary at a glance: