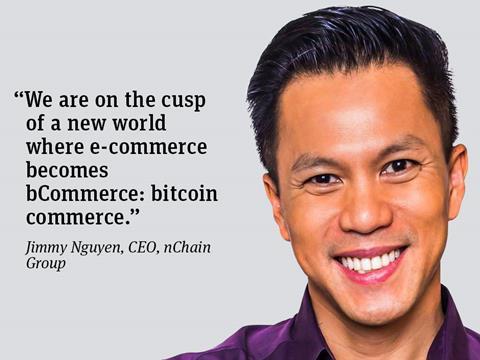 We are on the cusp of a new world where e-commerce becomes b-commerce: Bitcoin commerce. It’s a world where grocery stores and other merchants accept Bitcoin Cash for instant, secure, low-fee and global transactions.

Bitcoin Cash is a newer variant of Bitcoin, which restores the cryptocurrency’s true vision. The original Bitcoin concept was giving people the ability to instantly and cheaply send money directly to anyone in the world, without intermediary banks, payment processors or other third parties.

In August 2017, proponents of the original vision forked off on to the new Bitcoin Cash (BCH) chain, committed to bigger blocks and a scaled network. The BCH chain can process transactions faster and for lower fees.

For merchants, BCH offers lower transaction fees than today’s payment card systems, which charge 2%-3% per transaction (plus base or monthly costs). Technically, BCH is free to accept if stores have a Bitcoin wallet. Merchants will likely use payment solutions such as BitPay or Coinbase Commerce, which charge approximately 1%.

Because BCH is a global cryptocurrency, foreign exchange costs will be minimised, too. For merchants operating across multiple jurisdictions, BCH enables efficient, fast transfer of funds across borders.

Another benefit is speed. With instant confirmations using BCH, merchants can receive a customer’s payments without needing to wait days for credit card transactions to clear. Once a transaction is confirmed on the blockchain, it is immutable, reducing risk of fraud and chargebacks. This speed also makes it easier and faster to pay suppliers and vendors.

With these and other developments, Bitcoin Cash will support a new world of b-commerce.