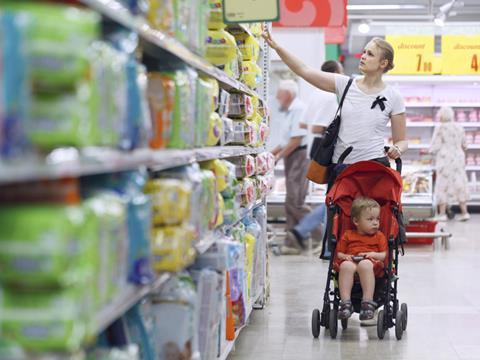 New figures for September show consumer spending has bounced back from a summer slowdown as the start of the Rugby World Cup helped tempt customers back into shops, bars and restaurants.

The new numbers from Barclaycard showed that the spending growth of 3.7% last month is up on the 3% seen in August - but down on last September’s level of 4.8%.

The month-on-month rise comes as pubs, off-licences and sport shops saw strong increases as a result of the Rugby World Cup kicking off.

Grocery spending, which has averaged monthly growth of just 0.8% over the past six months, also went from a weak 0.6% in August to a healthier 1.5% last month, on the back of a 15.9% increase in off-licence spend and a 0.9% increase in supermarket spending - its highest in six months.

New data from the ‘Barclaycard Consumer Spending Report’, also showed the majority of consumers “feel positive” about their finances, and plan to spend more on non-essentials in final quarter of the year.

Spending on clothing, entertainment and grocery sectors all performed strongly and lifted overall spending growth by 0.7 percentage points compared to the previous month.

“Whilst the Rugby World Cup helped spend growth recover in September, it remained below both the level of increase we saw last year and the average level we’ve seen this year. After a record-breaking Q2, which saw the highest level of growth in two years, consumers seem to be ‘pausing for breath’ before the run-up to Christmas begins,” said Barclaycard COO Chris Wood.

“Looking ahead to the last quarter, a majority of consumers say they feel positive about their finances and plan to spend more on non-essentials, meaning it could be a good end to the year for many retailers.”