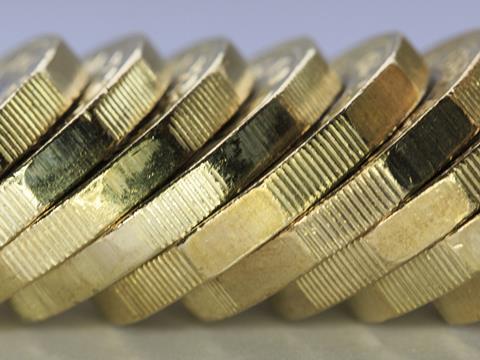 Retailers will have to cough up an extra £273m in business rates next year, industry leaders have warned.

Today saw the publication of the latest ONS Retail Price Inflation (RPI) figure, which revealed that inflation in September stood at 3.9%.

September’s RPI rate will be used to determine the uplift in business rates next April. While the figure was not quite as high as the industry had feared, with the BRC having predicted a figure of at least 4% last month, it would lead to “gap-toothed” high streets as retailers went down the tubes, it said.

Calling on ministers to announce immediate plans for a freeze in rates, BRC chief executive Helen Dickinson said: “The consequences of today’s RPI figures could be severe for many shops in a precarious position and struggling to survive. Consumers, already seeing household incomes eroded, will face further misery as the pound in their pocket buys them less at the checkout.

“For retailers this will be compounded if UK ministers fail to act and stem the hefty near 4% rise in business rates, which is set to add an extra quarter of a billion pounds to retailers’ already unreasonable business rates burden.

“For many shops this may be the last straw. Across the country, especially in economically deprived and vulnerable communities, the cost of failing to take action will likely be seen in yet more empty shops and gap-toothed high streets.”

The Retail Prices Index has rapidly increased from 2% last September. It rose from 3.6% in July to 3.9% in August - its highest level since January 2012.

Mark Rigby, chief executive of rates specialists CVS, urged the chancellor to be “bold” within next month’s Autumn Budget, also calling for a freeze in the inflationary increase.

He said: “Property taxes in Britain are already the highest of any European nation, both as a percentage of GDP and overall taxation. Brexit is driving inflation and businesses are holding off from investing because of the current economic climate of uncertainty. Insolvencies are expected to rise over the next two years. To plough ahead with such rate rises would be foolhardy and the chancellor must be bold in his vision with a freeze.”