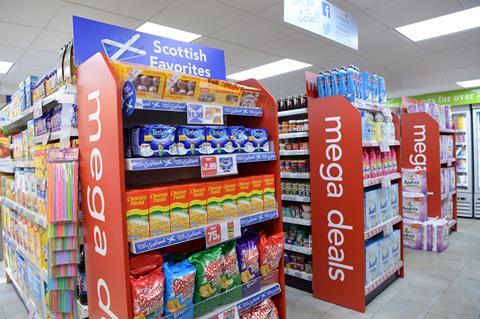 UK shop prices have continued to slump in August as weak consumer spending and mounting competition led to higher discounting within the retail sector.

Shop prices reduced 0.4% year on year, the fastest rate of decline since June 2018, showed data from the BRC-Nielsen shop price index covering the period between 5 and 9 August.

“Consumers were the real winners this month as prices fell at their fastest rate in over a year,” BRC CEO Helen Dickinson said. “Weak consumer spending and stiff competition has kept prices down in the UK, however a disruptive no-deal Brexit, which would raise the cost of imported goods, could reverse this trend.”

She added: “In the interests of both consumers and retailers, the government must redouble its efforts to find a workable agreement with the EU that would avoid a no-deal scenario.”

Food inflation eased slightly with prices up 1.6% compared to 1.7% in July, due to “higher levels of discounting from supermarkets” Dickinson added.

Fresh food inflation accelerated to 1.4% in August from 1.2% the prior month despite meat prices falling for the fourth consecutive month.

Ambient food inflation, however, slowed significantly to 1.8% from 2.4% in July, with high levels of promotional activity seen in the non-alcoholic beverages, sugar & confectionery and bread & cereal sectors.

Overall prices were dragged down by a faster-paced decline among non-food prices as retailers resorted to heavy discounting, especially for basic items.

Nielsen’s head of retailer and business insight Mike Watkins said: “August is often a difficult month for retailers made more challenging this year by unseasonable weather early in the month, and we have seen the return of vouchering by many supermarkets and some non-food retailers bringing forward end of season discounts to help drive sales.

“Consumers remain uncertain about when and where to spend but the good news is that any inflationary cost pressures that may be building in the food supply chain have not yet reached shop prices.”