What conclusions can the grocery industry draw from the unfolding Greece crisis? 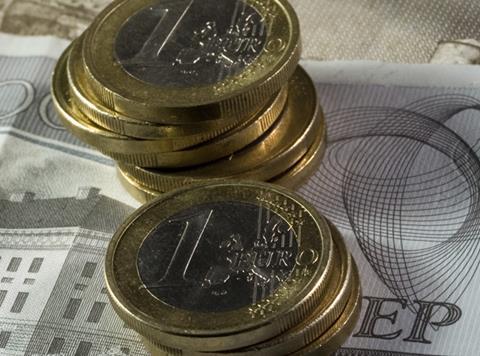 Yesterday’s referendum in Greece marks a seismic event in the history of the Eurozone – and one many in the grocery industry would have been following with some trepidation.

For UK grocery businesses, the most obvious risks from the drama unfolding in Athens are the continued volatility of the euro allied with the general, dampened European consumer sentiment that results from this crisis dragging on.

So what conclusions are we to draw from the past 24 hours?

The good news is so far markets have held up far better than expected, as no one seem quite sure what the effects of the historic ‘no’ vote will actually be. Certainly, suggestions that a no would inevitably lead to the Greeks leaving the euro look wide of the mark today. But the situation in Greece remains critical and the prospect of a Grexit will continue to loom at the forefront of the minds of grocery and fmcg players.

A falling euro is something of a double edged sword for most UK companies, who will be able to source goods more cheaply from the continent, but its sales will be hit from having to translate revenues back into pounds for reporting purposes.

Generally speaking, those who export a significant proportion of goods to Europe will suffer, those who have few direct euro customers will benefit. Those most hit are likely to be the multi-national fmcg giants who earn most of their cash outside the UK – last year Reckitt Benckiser said currency impacted revenues by 9%, for example.

Conversely though, those companies reporting in euros, including Unilever and Danone, could actually benefit from a falling euro. Headline revenues will increase because of the higher relative sums they can sell their goods for in non-euro markets.

In terms of their share prices, equity markets are down today – as they have been over the past few weeks – but the FTSE 100’s 0.7% fall today to 6,540.1pts is nowhere near as bad as some doom-mongers had predicted.

The Euro fell heavily in overnight trading, but stabilised this morning to trade just 0.4% down against the dollar and 0.5% against the pound.

Even the bond markets, which have seen a significant widening of yields over the past month, were relatively benign today – thought Greek bonds themselves were out another 17% earlier today.

The market’s lack of panic certainly suggests there are many more twists and turns to come before we’re confronted with a full-scale economic collapse in Greece and a potential Grexit. There seems to be a feeling that the ECB has more cards to play in terms of supporting the Greek financial system rather than cutting the country loose.

But Investec analysts explain that the market’s relaxed acceptance of the result shouldn’t be taken as evidence that talk of Grexit was overblown. “As a result of yesterday’s no vote, an easier route towards a resolution has been ruled out and therefore the risk of a Grexit has risen,” Investec said. “This is probably not quite our baseline case yet, but it might well be should the signs of a political agreement not become convincing over the next two days.”

Financial commentator Louise Cooper argued today: “Do not be misled by the muted market reaction today. Grexit is likely within days unless Eurozone politicians decide to support Greek banking system at least.”

The situation remains critical – particularly in terms of the Greek banks, who are still close to collapse and have been shuttered already for days, stopping Greek people accessing their cash.

A Greek banking collapse doesn’t have the same systemic risks that of the US, UK or even Iceland brought with it, but there is little doubt it would send Greece itself further into catastrophic recession. There would be real concerns over the potential knock-on effects to for economic growth in the Eurozone and the stability of the currency.

One concern is that if Greece fails, it could eventually take other under-pressure Eurozone countries struggling with debt repayments and economic reform – Spain, Italy and Portugal - with it. If the debt crisis spread, confident pronouncements of Greece being finically quarantined would fall apart.

Greece’s people have spoken and rejected the terms of the bailout they were offered. The real question now is whether that represents another skirmish in the ongoing battle over Greece’s debt, or a deathblow to Greece’s participation in the euro – and perhaps eventually even the currency union itself.