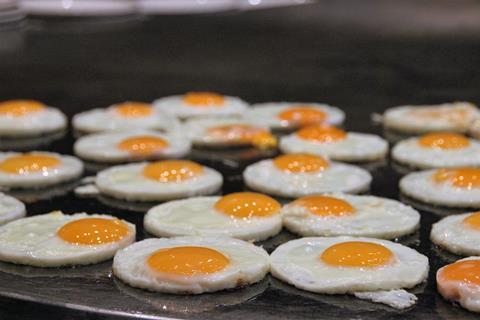 The study failed to acknowledge confounding factors, said the BEIC

The British Heart Foundation and British Egg Industry Council have hit back at claims three eggs a week could contribute to heart disease.

A US study published in the Journal of the American Medical Association last week found higher consumption of dietary cholesterol or eggs was ’significantly associated’ with higher risk of cardiovascular disease. It equated the consumption of half an egg per day, equivalent to 300mg of cholesterol, to increased risk of fatal and non-fatal coronary heart disease, stroke and heart failure.

But the study of almost 30,000 US adults who monitored their own diets over an average period of 17.5 years was “inconsistent with the considerable weight of evidence from previous, robust, research”, said nutritionist Juliet Gray. Potential limitations of the research included its failure to account for “considerable changes to the US diet” during the 1985-2005 period in which the results were collected, said the BEIC.

“It is known that high egg consumers have historically also been high consumers of processed meat products such as sausages and bacon, as part of a traditional breakfasts and fast food meals,” added Gray. She also highlighted recent research that demonstrated a need to separate eggs from other food sources during research, particularly processed meat containing high levels of saturated fat.

Neither the Department of Health nor the British Heart Foundation have amended their guidelines in the wake of the study. Advice to limit egg consumption was lifted in the UK more than 10 years ago, after finding cholesterol from foods such as eggs does not increase the risk of heart disease for most people.

“This study was observational, which means conclusions have been drawn from large quantities of data. It shows there is an association between dietary cholesterol from foods like eggs and disease risk, but doesn’t prove it is cause and effect,” said a spokesman for the British Heart Foundation.

“What’s more, dietary cholesterol wouldn’t be the only factor increasing people’s risk of heart and circulatory disease. Other factors such as lifestyle or genetics may have also played a part.”