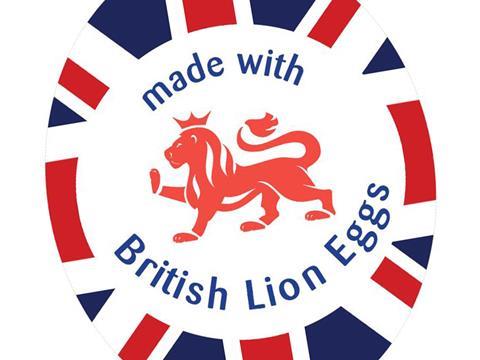 The British Egg Industry Council has lodged a trademark application for the slogan “made with British Lion eggs”, which The Grocer understands could pave the way for a new accreditation scheme for processed food products.

The egg industry trade body has registered the slogan - alongside a new logo depicting the lion symbol and Union flag within an egg - with the government’s Intellectual Property Office (IPO).

It refused to comment on the trademark application, which comes on the back of a concerted lobbying campaign by the BEIC for the introduction of mandatory country-of-origin labelling on egg products across the EU.

No such legislation currently exists, but the BEIC has been an outspoken critic of the use of imported eggs in British food products in the past, with chairman Andrew Joret using a salmonella outbreak last August to insist it was “unbelievable British consumers are still being put at risk by imported eggs”.

The trade body’s subsidiary, British Lion Egg Products, published consumer research last week that revealed four out of five consumers thought the eggs used in prepared foods manufactured in the UK - such as quiches, egg sandwiches and scotch eggs - were British, despite a significant proportion being imported.

The poll of 1,500 shoppers also found about three-quarters of consumers incorrectly thought eggs used as ingredients were always British, while some 80% said food packaging should clearly show which country the eggs came from.

“Lots of brands pride themselves on being manufactured in the UK, and this is often communicated on the packaging of their products and how they promote their brand,” said British Lion Egg Processors chairman Ian Jones when commenting on the poll. “This can confuse customers into thinking that because the product is manufactured in the UK, their ingredients must be British too,” he added. “It’s clear that as well as a demand for British ingredients, consumers want to be more informed about ingredients and for manufacturers to be more transparent about the origin of ingredients on their packaging.”