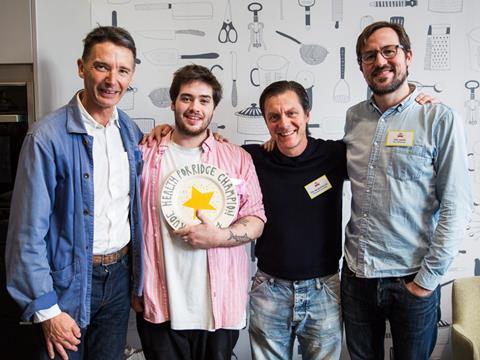 Last month we held the Rude Health Porridge Championships - our annual cook-off competition - for the fifth time, and confirmed the power and value of repetition. We needed to have it confirmed because it’s not what comes naturally.

What comes naturally to us is ideas. And years and years of having no money to play with has only made us more creative. But every time we host a completely new event or even come up with a new piece of communications, it takes a lot of time and energy. And it doesn’t always work. And the killer is that even if it does, most people won’t notice. One of our most faulty assumptions is that our customers follow what we do minutely. In fact, they probably really notice a maximum of about 10% of what we do and say.

Every year we’ve held the Rude Health Porridge Championships, we’ve sorted out what didn’t work the previous year and added elements that were missing. So in five years it’s gone from a tiny and chaotic outdoor event with bloggers competing, to a well-organised and world-class porridge cook-off with top chefs and restaurants all attempting to win. And the audience now get to taste all the porridge too.

More from Camilla: How to tackle exports as a small food brand

The bit we’ve learned about repetition is that each year, because we aren’t starting from scratch, but are simply tweaking what went before, we have much more capacity to get what we want from the event, as well as making it better on the day. It’s our favourite event because it’s so much fun and produces the best porridges I’ve ever eaten. But we can only justify hosting it if enough people read about it and consequently start to associate Rude Health with ground-breaking porridge, as well as having fun. So it’s all about PR and sure enough, each year we get more coverage through social media and press. It’s different every year, but it is still growing.

The relief for the marketing team is that we aren’t bored by repeating what we’ve done before. On the contrary, we have surprised and delighted ourselves by getting huge satisfaction from adding the extra elements to make the event really special, and making it reach more people.

Next on the list is Christmas. Can we resist the temptation to come up with a new card?