How to make sense of the fast-moving foodtech scene 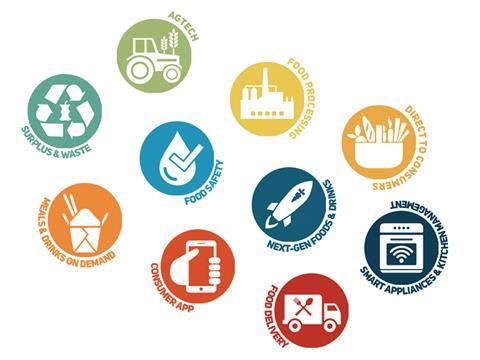 Foodtech is a hugely exciting and dynamic sector – and it’s attracting more and more investment.

According to data from Agfunder, $4.4bn was invested in this sector in H1 2017 globally, a 6% year-over-year increase. So why is foodtech proving so attractive to investors?

Part of the answer is its sheer scope. Although there’s no universal definition of foodtech (at least not one that’s easy to relate to), I like to think of it as ’any business solution or service at the intersection of food and technology’.

Given the critical importance of food to the future of mankind and the challenge of an ever-growing global population, the scope for foodtech is much wider than other trendy techs such as fintech, proptech or edtech. People all over the world are working to develop technologies to improve how food is produced, distributed and stored. The work these pioneers are doing is crucial in shaping our future food system and solving the issues that future generations will have to confront.

These include well-known startups such as Just (previously known as Hampton Creek), which re-engineers and/or reproduces animal proteins (e.g eggs) in a lab environment and is now on the verge of moving into lab-grown meat, and Not a company, which is combining AI with food science to craft cutting-edge plant-based foods. But there are many more, less well-known entrepreneurs - a new breed of half-techies and half-foodies - working tirelessly on technologies that have the potential to fundamentally disrupt our global agri-food systems.

These disruptors will be an increasingly attractive target for corporates keen to ensure they have a seat at the table of the next big thing, whether that’s plant-based meat alternatives or new last-mile delivery technologies.

To date, however, there hasn’t been common database to connect and promote rising enterprises in the food tech sector. We are hoping to change this with our recently launched Global Food Tech Map, which highlights some of the key players in this fast-evolving sector from around the world. Our goal is to enable corporates, investors and companies to interact with one another to collectively build a brighter future of food - and to raise awareness about the latest innovation and developments to help corporate investors and entrepreneurs to better understand the ecosystem and ultimately spark meaningful collaborations between the two.

Beyond that, we are also hoping to raise awareness of the sector with the general public, which is increasingly becoming interested in how agri-food will be able to rise to the challenge of feeding a growing global population in an increasingly volatile global food system. Our hope is the new wave of innovation coming out of foodtech space can supply some of the answers - and help create better informed consumers along the way.