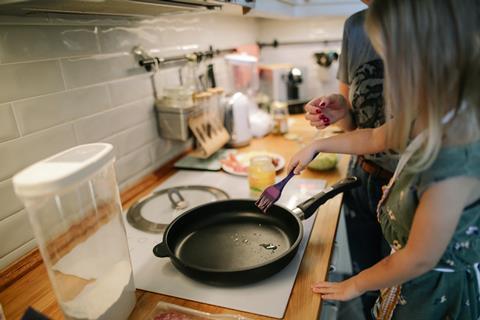 I’ve had a go at rewriting Tesco’s ‘Daddy, I don’t want to eat meat any more’ advert, says Blythman

Unlike Greta Thunberg, I believe parents should tell their children what to do, not the other way round. So, though I’m no scriptwriter, I’ve had a go at rewriting Tesco’s ‘Daddy, I don’t want to eat meat any more’ advert, as follows.

“Darling, here’s why we’re not going to do that. You want to grow up to be a healthy, and maybe have babies of your own? Well, meat gives you the protein, vitamins and amino acids to do that. You won’t get all that important nutrition otherwise, and that wouldn’t be good for you or your baby. The only other way to prevent that would be for you to swallow pills every day. You don’t fancy that, do you?” (Child shakes head).

“I know you don’t want to be mean to animals, but most cows, sheep, deer, goats, pigs, and chickens wouldn’t be alive in the first place if no one wanted to eat them. All the little animals like mice and worms that live in fields are best friends with the bigger animals that we eat. Together they create a lovely world for all the busy bees that pollinate our crops. If we dug up their fields and sprayed them with nasty pesticides to grow more plant foods, the mice and their mates would be chopped up by tractors, or poisoned, the bees would die, and the gas released from digging up the grass would make our planet even hotter.”

Her father would then reassure her (honestly) that the family only buys meat that comes from contented grass-fed or organic animals that had a nice life until they were killed. Then he’d send his would-be vegan off to play or do her homework so she’d develop a hearty appetite while he cooked dinner – something meaty that starts the saliva flowing: roast lamb, cauliflower cheese with crispy bacon.

Would she glue herself to the oven door and stage a one-girl ‘Animal Rebellion’? More likely she’d devour it gladly because it smells and tastes great and she knows there’s no way that Dad would offer Tesco vegan sausages as an alternative.

It’s a parent’s job to safeguard their children’s long-term welfare, not cave in to modish, ill-informed, potentially dangerous demands from young minds bombarded with propaganda.