Plastic film directive set to drive up price of sandwiches 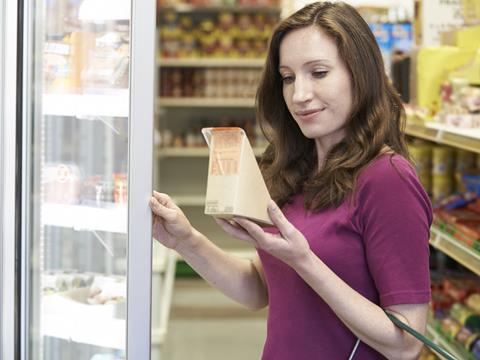 The price of sandwiches is set to soar when a new European law aimed at reducing the use of plastic comes into effect in the UK, packaging experts have warned.

The warning came after the European Parliament this week voted to push ahead with its Single-Use Plastic Directive, which could drastically raise the cost of selling packaged sandwiches.

The directive sets out a minimum reduction target of 25% by 2025 for single-use plastic packaging for which there are currently no alternatives. This is with the aim of encouraging suppliers and retailers to develop new alternatives.

The government would have no choice but to tax the use of existing sandwich packaging even though the UK is set to leave the EU, he added, because the minimum two-year Brexit transition period would compel the UK to comply.

Ali said the packaging industry had been vocal about the proposal but the food industry had not realised how “potentially huge” it was.

The directive will not just affect sandwiches but all food in packaging made from oxo-degradable plastics, such as bags or packaging and fast food containers. Other single-use plastics, such as drinks bottles, will have to be collected separately and recycled at a rate of 90% by 2025.

Ali said what happened would depend on “how much noise” the food industry made over the next month to six weeks, when the final shape of the directive would be negotiated.

He suggested a better way to deal with the issue was through improvements to recycling infrastructures. This could be funded through better use of current levy schemes, which packaging companies pay into.

What green taxes could lie in Philip Hammond’s red briefcase?

“The most straightforward way is to make sure there is a requirement for collection in the streets of on-the-go packaging and we would be collecting that waste packaging and getting it recycled, which will stimulate the circular economy,” said Ali.

The news comes hot on the heels of environment secretary Michael Gove’s consultation on his plan to ban the distribution and sale of plastic straws, drinks stirrers and cotton buds, also covered by the proposed European directive.

“Over the next few months our aim is to phase out plastic cutlery and replace with wood or bamboo-based alternatives,” said a spokesman for Adelie Foods. “We are continuously working with our packaging suppliers on improvements to substrates used with a view to improving shelf-life, production line efficiencies, optimising weight and quantity of packaging used so that food and packaging waste can be reduced as much as practicable throughout our supply chain.”