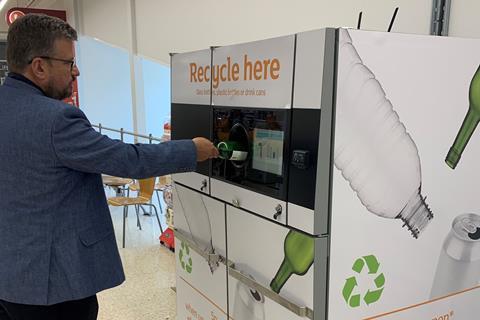 Soft drinks suppliers have warned that the delay in introducing a deposit return scheme in England and Wales has blown a £600m hole in the Scottish government’s budget for the controversial system.

Submitting evidence to the Scottish government’s call for evidence this week, suppliers and trade bodies said the cross-border timing gap meant producers would be hit with a “double whammy” by paying for existing producer responsibilities for recycling, as well as the introduction of DRS.

In May, ministers in Scotland published a document promising companies financing the scheme would save £623m because they would not have to pay for new so-called extended producer responsibilities, planned by Holyrood and Westminster as a way of making producers 100% responsible for the cost of recovering their materials.

The document said companies would not be subject to the charges because of up to £1.2bn over 25 years for them in introducing DRS.

‘The benefit to producers involved in DRS is the avoided compliance costs that they would therefore be required to pay,’ said the document. ‘This benefit is £623m over the 25 years.’

However, while the Scottish government is pushing ahead with plans to introduce DRS in April 2021, industry experts believe it will be at least 2023 and more likely 2025 before a new system of EPR can be agreed across the UK.

FDF Scotland has urged the Scottish government to delay introducing the scheme, saying the “overly ambitious plans risk damaging SME drinks producers and risk the scheme not being fit for purpose from the outset”.

“Given the planned implementation date for a DRS in Scotland of April 2021, there needs to be an exemption under existing PR legislation until new EPR system comes in in 2023 (or possibly longer),” it said. “If this is not addressed, businesses will be ‘double-charged’ for placing beverage containers on the Scottish market.”

BSDA director general Gavin Partington also questioned “the feasibility of introducing a well-designed and effective DRS in such a short timeframe. “Whilst we are supportive in principle of a well-designed DRS, we harbour a number of concerns on the current delivery plans for the scheme in Scotland, and we urge the Scottish government to reconsider its proposed timescale.”