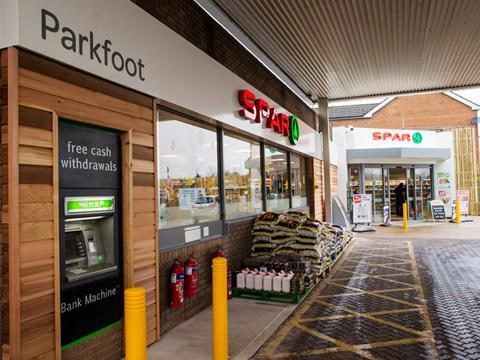 Spar Parkfoot is convenience retailer of the year

A Spar forecourt store in Kent has been named the best c-store in the UK.

Spar Parkfoot in West Malling was crowned Convenience Retailer of the Year 2014 at the Convenience Retail Awards in London yesterday. It also won the awards for Best Independent Store and Best Chilled Food Retailer.

Owned by David and Ann Charman, the store was praised for its top-quality produce, high standards of service and energy efficiency.

The site was rebuilt and extended last year to become a destination food store for the local area, resulting in a 60% increase in sales. It stocks fresh and local produce from around 60 suppliers and has a butchery counter staffed by two full-time butchers.

Williams, in Somerton, Somerset, was named Best Large Store. Owner Richard Williams was praised for creating a welcoming environment and his work with local suppliers.

Scotmid Barnton, in Edinburgh, was Best Multiple Store. The judges said the store, run by Clare Surgenor, had an innovative offering.

The awards are organised by The Grocer and its sister title Convenience Store.