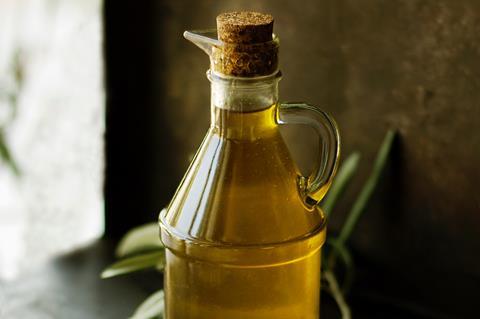 Focus On: Oils, by Harry Holmes

Cooking oil is facing a torrid time. It’s one of the many categories still working hard to keep up with demand since Covid-19 took hold. Meanwhile, supplies of olive oil – the market’s largest sector – are under serious pressure. A study by the University of Cordoba has warned climate change threatens “serious damage” to the olive oil industry in Spain, the world’s largest producer. Meanwhile, a deadly disease is endangering olive trees across Europe – including Italy, which last year faced its worst olive crop in decades. So, how are suppliers facing up to this litany of woes? Is the UK in danger of running out of olive oil? Or should shoppers simply except a serious hike in prices? What opportunities are there for other oils to gain greater prominence?

Demand: how have cooking oil sales been since the first spate of stockpiling? And how are stocks doing now? Which types of oil have been in greatest demand, and which have lost out? Are Brits switching to cheaper style and/or brands? Or does extra-virgin olive oil continue to find favour? How are suppliers adapting to consumers’ demands? Are they able to move enough across Europe while the likes of Spain and Italy are locked down?

Prices: the price gulf between Spanish and Italian olive oil was the biggest in 25 years in 2019. What’s the situation now? How have adverse weather and dead trees affected prices in the major olive oil producing countries? And what impact has that had on UK retail prices? How are brands holding their own against cheaper own-label?

Climate change: what implications does climate change have for olive oil production in Spain, Italy, Greece and the like? What steps is the olive oil industry taking to combat the effects?

Other oils: how are the likes of sunflower, rapeseed, mustard and hemp oil doing in the face of olive oil’s dominance? Have olive’s woes afforded the rivals any opportunity? What appeal, if any, do they have over their main rival? Is it price? Health? Taste? Support of a celebrity chef?

Personal care: olive oil is most used for dipping and cooking, of course. But it has long been thought of too as a personal care product – for promoting youthful skin, removing makeup, eradicating earwax, and even for massaging babies. How legitimate are such uses? Is there any science to back them up?

Kantar data: using Kantar commentary, explain the reasons behind the rise and fall in the different oil sub categories

Nielsen: using Nielsen commentary, explain the reasons behind the rise and fall of the leading oil brands?

Shopper intelligence: how do consumers shop the cooking oils segment?

Innovations: we identify four new products that have ideally not appeared in The Grocer before including launch date and RSP, and a picture of each.