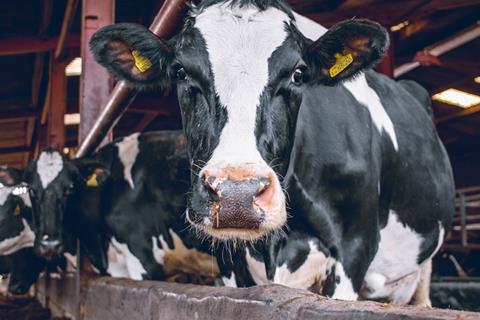 Despite the many challenges facing the dairy sector – not just the pandemic – dairy consumption is on the up. That’s thanks to the many suppliers, both large and small, that have shown resilience and imagination to keep the UK’s favourite cheeses, drinks and yoghurts on shelves. So, this year’s Dairymen will explore not just how Covid-19 affected dairy, but also how the outbreak shaped the industry’s future. We’ll meet the heroes who went the extra mile and – with the end of the Brexit transition and a potential second wave of the virus on the horizon – look at what is ahead.

How has the dairy sector coped with the effects of the pandemic? Shoppers may have been stocked up on staple dairy products like cheese and butter, but many suppliers have been pushed to the brink due to the loss of foodservice deals. And that’s before taking into consideration the challenges posed by Brexit, the rise of plant-based alternatives and concerns over the environment.

A special feature will highlight the individuals who went the extra mile to keep the UK’s favourite dairy products on shelves and in fridges. While the sector has come under sustained pressure over the past six months, consumption is soaring. That’s thanks, in no small part, to the many people in the industry who have stepped up to the challenge. Nominate your dairy hero now!

The UK’s time in the EU’s single market will soon end, yet there remain precious few details on what exactly the new trading relationship will look like. So, where is the UK in its trade talks with the EU, the US, Japan, Australia and New Zealand? What will the impact be of increased friction on dairy trade with Europe? What benefit could new trade deals have for exports? How is the sector capitalising on opportunities for growth in Africa, Asia and the Middle East?

How dairy suppliers pivoted to DTC in the pandemic (george.nott@wrbm.com) | Submissions deadline: 25 September

While many dairy suppliers struggled after the closure of the food service and hospitality sectors, many have embraced the pandemic to pivot towards new e-commerce and direct to consumer propositions. Who did what?

From vegan alternatives to health and animal welfare, our exclusive poll reveals how young shoppers view the dairy category – and what influences their purchases.

We challenge creative media companies to come up with an innovative dairy brand for the future.

Who were the unlikely stars of British cheese during lockdown? And with consumption riding high, will booming sales continue?

What challenges are posed to continental cheese by the UK’s departure from the EU?

How did suppliers and supermarkets keep milk on shelves during lockdown? And can they maintain momentum?

With the government pushing its new anti-obesity plan, could milky soft drinks be about to be taxed?

Could yoghurt be the next frontier of the plant-based trend?

Handheld ice creams have enjoyed huge sales. So what drove the rise in value and volumes?

Where does dairy snacking go from here?