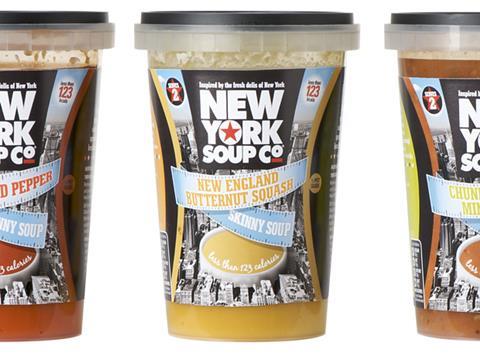 Total sales also grew at the food group by 3% in the 12 months to 27 December from £1.65bn in 2013 to £1.69bn. Adjusted EBITDA margin improved during the period by 50 basis points from 6.6% to 7.1% as Bakkavor continued to focus on productivity and costs, as well gains internationally. Underlying operating profit was £10m higher than the previous year at £119.9m.

”In a tough trading environment with low market growth, the group has made good progress, increasing revenues, market share, margins and cash generation,” CEO Agust Gudmundsson said. ”Against a backdrop of challenging market conditions, we have continued our strategy of leadership in innovation, and close partnering with our customers.

Net revenue at Imperial Tobacco took a hit in the group’s first quarter as sterling continued to strengthen. The Gauloises and Golden Virginia maker said the timing or pricing activity in a number of markets, lower sales of mass market cigars in the US and troubles in Iraq all contributed to a 2% decline in tobacco net revenue (1% on an underlying basis) for the three months to 31 December.

Underlying tobabcco volumes for the quarter were also down 4%, which was “broadly in line” with the decline in its market footprint.

However, the group’s growth brands - such as JPS, Davidoff and Gauloises - performed strongly, with volumes increasing 11%, net revenue by 15% and market share growing by 70 basis points.

CEO Alice Cooper added: ”We’ve continud to make good progress against our strategic agenda in the quater and confirm our outlook for FY15.”

Investors took flight at Poundland (PLND) at the very moment institutional investors piled in to snap up the 35 million shares being sold in a secondary placing by majority shareholder Warburg Pincus. The private equity firm, which took over the discounter in 2010 for £200m and then floated it last year at a value of £750m, originally planned to dispose of 25 million of its 75 million shares but upped the amount to sell 35 million at 405p each as demand proved strong. The move take is stake down from 30.4% to 16.4% - still a majority shareholding. However, Poundland’s stock took a hammering on the back of the placing, falling more than 7% to 387.5p – wiping off almost half the gains (with highs of 421p on Tuesday) it made following news of the 99p Stores acquisition on Friday.

Reckitt Benckiser (RB) had more to celebrate with its share price jumping 3.3% to 5,773.5p after revealing details of a £200m cost cutting programme aimed at saving between £100m and £150m a year by 2017. The Dettol and Durex owner also posted solid annual results with rising like-for-like sales and improved profitability.