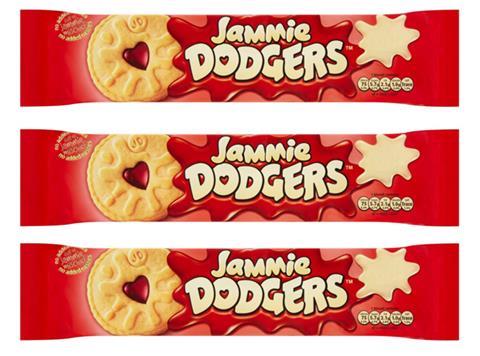 The accounts have been filed at Companies House for year ended 31 December 2016 as rumours about a long talked about tie-up with Fox’s Biscuits resurfaced.

Sales dropped a further 9.3% to £259.6m as a result of the sale of its Cadbury biscuits licence back to Mondelez and a wider decline in savoury biscuits. The £199m disposal of the Cadbury licence saw pre-tax profits leap from £14m to £175.6m.

With sales further hampered by increased commodity costs, EBITDA more than halved to £18.5m and operating profits fell from £18m to £3.7m.

A Burton’s spokesman said: “We experienced a number of industry and market challenges in 2016, which has resulted in a reduction in adjusted EBITDA. However, we have seen positive performances across our sweet biscuit portfolio.”

The update comes as reports have resurfaced of merging Burton’s and Fox’s Biscuits.

The full, extended story will be available at thegrocer.co.uk/finance later this morning.

London-listed Russian retail group X5 has put its convenience store division up for sale to concentrate on three major formats. The group said in a short statement to the London Stock Exchange this morning that it planned to concentrate on its Pyaterochka proximity stores, Perekrestok supermarkets and Karusel hypermarkets.

The company’s small-format convenience stores operating under the Perekrestok Express brand in Moscow, which accounts for less than 1% of total revenue, will be put on sale. X5 has selected Renaissance Capital to assist with preparation of the deal. Perekrestok Express

CEO Igor Shekhterman said: “Convenience stores like those that Perekrestok Express operates in Moscow, which have a selling space of up to 200 sq m, certainly have potential. However, they represent a fairly narrow segment of Russia’s modern food retail market, in which proximity stores, supermarkets and hypermarkets occupy more than a 90% share. With our market share in these formats steadily growing, we have decided to focus our full attention on continuing to develop the customer value propositions of Pyaterochka, Perekrestok and Karusel, including in Moscow.”

Elsewhere it is a quiet morning in the City.

Featured in this week’s Grocer, we have a story about profits falling at Tyrrells as the snack brand struggles in the UK following its sale to Amplify. There is also news on ex-Booths boss Chris Dee returning to grocery as the chairman of peanut butter start-up ManiLife, with plans to help a raft of other small businesses in the future. Both stories will be available on thegrocer.co.uk later this morning.

This week The Grocer also has a story about Westons Cider unveiling a new corporate identity later this month following a multimillion-pound rebranding to support an ambitious five-year plan to grow the business by 40% and bolster its premium positioning. Read the story here.

The City was unmoved by the Booker (BOK) first-half results as shares nudged up 0.1% to 205.5p despite solid numbers. Profits at Booker leapt 9% to £88m as the wholesaler increased revenues by 2.5% to £2.6bn, with non-tobacco like-for-like growth of 7.7%. Investors are waiting to see what the CMA says about the Tesco merger at the end of the month. Tesco (TSCO) shares fell 0.9% to 185.6p yesterday.

WH Smith (SMWH) dipped slightly by 0.1% to 2,070p despite strong growth in the travel division in the year to the end of August. The retailer hiked its dividend by 10% to 48.2p a share as pre-tax profits rose 7% to £140m. Travel sales overtook the high street for the first time in the group’s history, with its like-for-like revenues in its traditional sites down 5%.

Reckitt Benckiser registered another 1.8% rise to take share up more than 5% so far this week to 7,166p. Investors became excited when US drug company Pfizer said it was looking to sell its consumer healthcare division, which contains Advil.