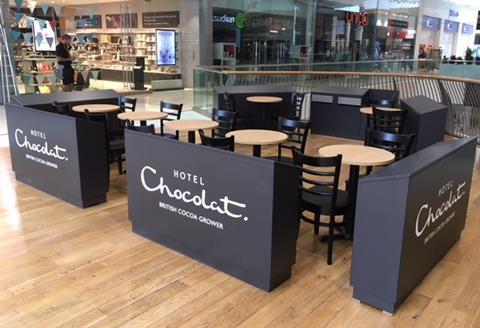 Hotel Chocolat (HOTC) has posted a double-digit rise in first half sales and 7% pre-tax profit growth driven by the opening of new stores, international expansion and growing sales of its Velvetiser hot chocolate system.

In total nine new locations were opened in the UK during the period contributing three percentage points of the group’s year-on-year growth, while the chocolatier posted growth across retail, digital and wholesale.

VIP membership grew by 120% to 1.1m active members in the period.

It admitted to having “under-invested” in its digital proposition over the past few years – a situation is has tried to rectify in the first half with investment, new hires and a new suite of tools.

Internationally, it has opened two new locations in the USA and three in Japan. Customer reaction has been “positive” in the both countries and their respective first retail outlets are now generating a “modest EBITDA profit”. In Japan, the larger gift-giving season is in the second half of the year, leading to expectations of a further improvement in its outlets’ performance over the next six months.

Gross margin declined by 80 basis points from 65.8% to 65.0% driven by the mix impact of Velvetiser sales. Hotel Chocolat said: “Whilst the initial sale of Velvetisers are at a lower gross margin, the recurring chocolate refills have a higher purchase frequency than our other products.”

Operating expenses grew by 15%, ahead of the rate of sales growth, with additional costs of fulfilment during the winter peak.

Co-founder and CEO Angus Thirlwell commented: “This was another strong period for Hotel Chocolat. Our new store openings contributed three percentage points of the growth in the period, with the remaining balance coming from existing locations, digital and wholesale channels. While our new markets in the US and Japan are still in the early stages of development, consumer response to the brand is encouraging, sales are growing, and we believe we have a deliverable plan to achieve attractive returns.

“Our strong growth came from a wider variety of sales channels than in previous years, which led to some initial challenges in our supply chain. We are now making good progress with investments and upgrades in our supply chain which will fully address these inefficiencies and increase our international and multi-channel supply capability, ensuring we continue to deliver profitable growth.”

The company said trading in the early weeks of 2020 has continued to be in line with the Board’s expectations. The performance of the new locations is encouraging and there is a future pipeline of similar potential locations, it said.

“In delivering these results in a context of continued macro-economic uncertainty, the business has demonstrated creativity, resilience and adaptability,” the company stated.

“Delivery against the four-point strategy will result in top-line growth and improve profitability in the UK, enabling the Group to invest in the growing new markets of USA and Japan. A strongly differentiated brand which offers great products and customer service and that is priced as an affordable luxury, gives the board confidence in the group’s continued progress.

Hotel Chocolat shares have jumped 9.4% to 421p after yesterday’s falls.

Tesco (TSCO) has sold its 20% share in its Chinese Gain Land joint venture to a subsidiary of its JV partner, China Resources Holdings.

Gain Land is the Chinese joint venture with CRH that was established in 2014. The disposal will result in net cash proceeds to Tesco of £275m which will be used for general corporate purposes.

Tesco said the disposal allows it to “further simplify and focus the business on its core operations”.

The transaction will complete on 28 February 2020 as there are no conditions to closing or regulatory approvals required.

The FTSE 100 started the week firmly on the back foot as it plunged 3.3% to 7,156.8pts – the largest one-day drop for four years – as European stocks were hit by the confirmation of seven deaths from the coronavirus in Italy.

McColl’s, which will report annual figures later this week, was one of the only risers, climbing 5.2% to 44.2p.