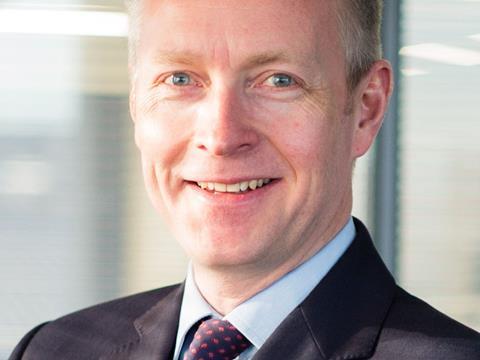 Marks & Spencer (MKS) has announced the decision of chief financial officer Humphrey Singer to step down from his role on the board and leave the business.

The supermarket has now started a succession process to identify a replacement while Singer will work alongside CEO Steve Rowe to ensure an “orderly transition”. A departure date has not yet been decided.

The CFO’s decision comes on the day of M&S’s formal relegation from the FTSE 100 index, after its market value fell below the threshold for inclusion.

Rowe commented: “Humphrey has been a huge asset to the business. He has helped to establish the foundations of our transformation with a stronger balance sheet, robust financial controls and a much keener focus on reducing our cost base.

“In addition, he was a critical part of the team which guided Marks & Spencer through the deal to create our joint venture with Ocado (OCDO) and subsequent equity raise. I look forward to continuing to work with him as we search for his successor.”

Singer said he felt “priviledged” to have been part of the team delivering M&S’s turnaround, which he described as “challenging but hugely rewarding”.

He added: “After eighteen months of working with Steve to lead the transformation strategy and rebuild the finance function I have decided that now is the right time to move on.

“I will continue to give the business my all and work with Steve and the Board to ensure we continue to make progress and that there is an orderly handover to my successor.”

Stevia sweeteners producer PureCircle (PURE) has postponed the release of its annual results, which was scheduled for this morning, after discovering a “potential issue relating to the classification and valuation of certain inventory items”.

The company and its advisers, alongside auditors PwC, have launched an investigation into the issue, expected to last “a number of weeks”.

PureCircle said it currently believes that the aggregate amount of the issue could be up to $30m.

However, the company has seen “no indications” that the issue has any impact on its net debt or cash generation.

“At this stage of the investigation, the company is unable to determine whether or not the potential issue is material or whether it is limited to the year ended 30 June 2019,” PureCircle added.

It will approach now its banks to “seek appropriate waivers under its banking arrangements as required”.

Back in 2016, a PureCircle shipment coming from China was seized by US authorities accusing the company of slave labour. PureCircle resumed shipments to the US the following year after being cleared of the accusations.

Wednesday Sainsbury’s (SBRY) will host its capital markets day while healthcare products manufacturer PZ Cussons (PZC) hosts its AGM and releases a first quarter trading update. In wider economic news we will get the we also get the monthly CBI Distributive Trades survey for on Wednesday too.