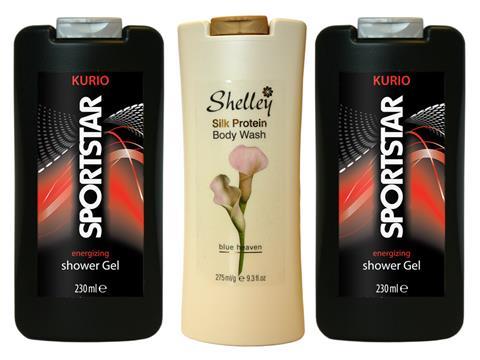 Administrators of health and household goods company Statestrong Products have set up a rescue deal for the business as a going concern, The Grocer can reveal.

The sale to Croatian consumer products group Wachem by recovery firm FRP Advisory secured the jobs of the 78 staff at the Lancashire company’s Lytham and Cheshire sites.

Unfortunately, since then Wachem has reviewed the business and it is examining possible redundancies at Statestrong, it has emerged in local reports.

Statestrong, supplies more than 500 own-label products to more than 100 clients, was restructured in December 2014 and underwent rapid expansion under a new ownership structure. However, this exhausted the company’s capital facilities and it was forced into administration on 7 October – the second time the business had failed.

The story, which can be read in full here at thegrocer.co.uk, follows The Grocer’s coverage of the collapse and eventual rescue of a related business affected by the Statestrong administration, fmcg.

Elsewhere in The Grocer we also take a deeper look at the potential sale by AB InBev of SAB’s Peroni, Grolsch and Meantime brands. The news has been predicted to trigger “a hotly contested auction” amongst global brewers - with Carlsberg most needing to strengthen its ailing position, according to dealmakers and analysts. Read the story here.

After a strong start to November, with weekly growth above 4% as it pushed heavy promotions, Waitrose had another slower week in the seven days to 28 November. Sales came in just 2% higher (excluding fuel) at £134.8m – which would be around 0.5% down on a like-for-like basis. Finance director Loraine Woodhouse said the weekend marked a turning point in ecommerce Christmas sales, as the cold weather and biggest online shopping period of the year prompted many to start their festive preparations. Online grocery sales were 18% higher as a result, boosted by customer marketing promotions and by seasonal offers across its websites. HOME delivery grocery slots for the 23 and 24 December are now 98% booked up, she added.

Morrisons (MRW) shares finished the day 1.3% down at 149p after rallying in the day to 155.9p. It is the first full day of trading since the retailer learned it is set to be leaving the FTSE 100 after 14 years in the blue-chip index. The supermarket will join the mid-cap FTSE 250 today, with the share price expected to take further hits as tracker funds which purely follow FTSE 100 shares start selling off the stock.

Irn-Bru maker AG Barr (BAG) had a better day with its shares rising 0.5% to 527.5p after it released a trading update showing revenues from the ongoing business for the 18 weeks to 28 November 2015 increased by 3.9% compared with the equivalent period last year.

Booker (BOK) fared less well with shares slipping 2% to 179.3p after the wholesaler announced that Bryn Satherley was retiring after ten years as group operations director, with no direct replacement lined up.