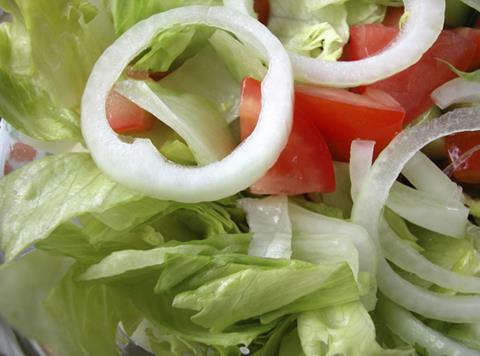 Supermarket fresh salads supplier Southern Salads has fallen into administration after being squeezed by the slump in value of sterling following the EU referendum in June 2016.

Southern Salads Ltd, which had annual sales of £30m, ceased trading with immediate effect and all but a handful of its approximately 260 staff have been made redundant.

“The company invested heavily in 2014 to expand its production capability, which put pressure on working capital and the expected increase in turnover never materialised,” said Ian Vickers, partner at recovery specialist FRP Advisory.

“Despite successfully producing over 50 tonnes of salad per day for its array of customers, the company faced an unprecedented pressure on cashflow in the immediate aftermath of last summer’s EU referendum vote.

“The sudden decline in sterling was not foreseen by the company, leaving the business grappling with an immediate fall of between 10% and 20% in its purchasing power for overseas-grown salads required for the winter and early spring UK market which in turn put a severe strain on cashflow.”

The joint administrators have begun to realise the company’s assets and request interested parties to make early contact.

To read the full story see thegrocer.co.uk this morning.

Australian winemaker Treasury Wine Estates has reported a 55% jump in profits as revenues and volumes increased globally, but sales in Europe declined as the UK continued to be a challenge.

Earnings rose 36% to A$455.1m as margins expanded thanks to a drive to grow its premium portfolio, the acquisition of Diageo Wine, savings in the supply chain, accelerated growth in Asia and lower costs.

However, revenues fell 1% in Europe to A$354.1m despite a 14.4% increase in volumes to 9.6 million nine-litre cases. The group said that UK wine market conditions remained challenging, with a declining wine category and continued uncertainty from Brexit.

Earnings in Europe rose 0.6% to A$48m, but were up 46% excluding the impact of adverse foreign exchange rate movements and including the integration of Diageo Wine.

CEO Michael Clarke said: “I am delighted to report a strong F17 result, highlighted by robust earnings growth across every region and accelerated EBITS margin and ROCE accretion.

“This result was delivered despite continuing to sell through short vintages of Luxury and Masstige wine, and highlights our continued focus on strategic customer partnerships in all our markets, significantly enhanced sales and marketing execution, and optimisation of our cost base.”

He added: “Delivering revenue growth and margin accretion over time remains a priority, supported by our investments in building closer, more efficient and strategic partnerships with customers and by positioning TWE as the wine supplier of choice across multiple brand portfolios and countries-of-origin.”

Shares in Carlsberg slumped 3.65 to DKK 654.50 yesterday despite a 15% jump in operating profits and higher sales, with the Danish brewer benefitted from higher prices and booming demand for craft beer. However, volumes in the first half declined and the group warned of a tougher second half of the year to come.

Diageo (DGE) was a big riser on another quiet August day for market announcements. The spirits giant rose 2.3% to 2,594p after it announced its $1bn takeover of George Clooney’s tequila brand Casamigos, announced in June, had completed.