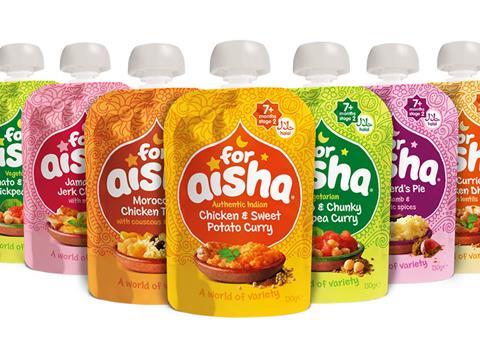 Halal babyfood brand For Aisha is looking to expand across the UK and internationally after new private investors bought the business and assets from administration.

Founder and majority shareholder Mark Salter insisted the process had been triggered as a “fair and robust” way of selling the business and gaining new investment.

Insolvency firm Harrisons was appointed as administrator of For Aisha on 16 September with a sale completed to newly incorporated Cooking For Aisha Ltd, which lists Salter as sole director, soon after.

“There were several owners based in different countries and we had to decide who was going to buy the business,” said Salter, who has worked for businesses including The One Brand, Annabel Karmel and AB InBev.

“The only fair way we could sell was at arm’s length, with a valuer working with an administrator to put it through an auction-style process. We had offers of investment both internally and externally and the fairest and most robust way was to go down this road.”

Salter added all creditors had already been paid in full and there were no issues supplying customers, which include Asda, Ocado, Boots, Tree of Life and Whole Foods Market.

“For Aisha is now in a strong position and the new investment will fuel UK and international expansion for the brand in 2016,” Salter said. “Demand across the world is massive and my problem now is keeping up.”

For Aisha’s babyfood pouches are manufactured by a third-party in France and are suitable for children seven months-plus.