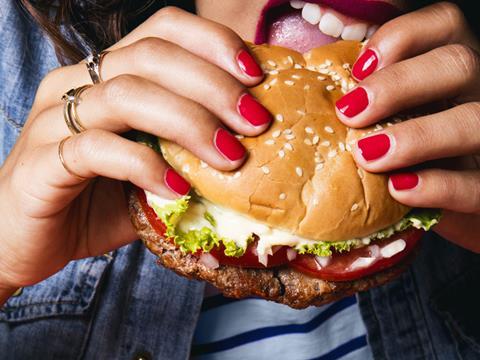 Impossible Foods’ mission to bring veganism to the meat-eating masses has received a boost after the plant-based meat company raised $300m in its latest funding round — increasing its value by two-thirds to $2bn in the past month alone (The Financial Times £). An “alternative meat” start-up backed by celebrities including pop singer Katy Perry, has raised $300m amid rising demand for vegan protein products (The Times £).

Listed UK retailers’ profits have slumped more than a third in the past 11 years despite a 50 per cent rise in sales, according to new analysis that lays bare the collapse in margins as new entrants upturn the sector. (The Financial Times £)

Profits from Boots’ UK stores slumped by almost a fifth last year as sales fell at Britain’s largest chain of chemists. Boots UK, which is owned by the US company Walgreens Boots Alliance, reported profits of £317m in 2018, a fall of 18.3% compared with 2017, according to its latest accounts. (The Guardian)

Brussels has fined Anheuser-Busch InBev, the world’s biggest brewer, €200m for abusing its dominance in the Belgian beer market to keep prices elevated for the country’s popular Jupiler beer brand. (The Financial Times £)

Ocado boss Tim Steiner has been awarded 2.2m shares worth £29million, taking his total holding in the company to nearly £340m. (The Daily Mail)

Reckitt Benckiser’s boss has been handed shares worth £9.6m. Rakesh Kapoor, whose company is behind Dettol cleaner and Durex condoms, received 156,000 shares that vested on May 9, according to regulatory filings. (The Daily Mail)

Britain’s growing “lunch on the go” habit is generating nearly 11bn items of packaging waste a year, much of which is not recycled, a survey has found. (The Guardian)

Intu Properties, the embattled shopping centre operator that is struggling to bring its debts under control, was dealt a blow yesterday by analysts who cast doubt over its prospects. (The Times £)

The Telegraph has an interview with Jimmy’s Iced Coffee co-founder Jim Cregan, who has built an 18 employee-strong business boasting an annual turnover of £5.4m with products are stocked in more than 4,000 stores nationwide, including Waitrose and Sainsbury’s. (The Telegraph)