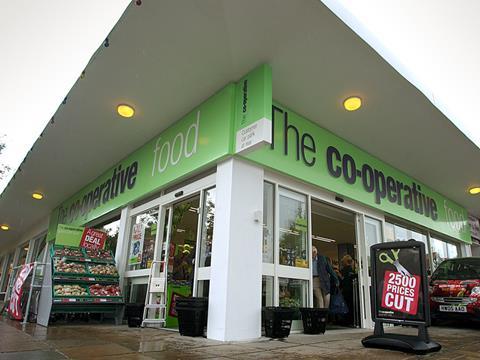 The Co-operative Group has said that votes for election to its members’ council have been miscounted, and in another development, that it has been forced to extend the period in which members can cast their votes in the run-up to Saturday’s annual general meeting. The problems were linked to online voting for those representing independent societies who jointly own 22% of group. (The Guardian)

SABMiller’s chief executive has blamed brewers’ “insulting” and “dismissive” advertising for putting women off beer — and said it is time to consign the “lager lout, laddish, college frat” image of beer drinking to history. Alan Clark criticised marketing material in which women were “either not present at all or entered as a butt of a joke” and claimed the industry had to “modernise beer”. (The Financial Times £)

Meanwhile, the FT’s Lex column looks at SABMiller and concludes: “SABMiller is a decent long-term play on emerging markets. But anyone buying in expectation of a frothy takeover premium could end up with the investment equivalent of a flat pint.” (The Financial Times £)

Soft drinks help SABMiller keep its fizz as it posts better-than-expected annual results, writes The Daily Mail. A move to keep prices below inflation drove soft-drink volumes up 8% though lager, which experienced some price hikes, was flat.

Nearly 500 own-brand supermarket wines have won awards in one the world’s most influential competitions. The International Wine Challenge (IWC), a contest in which medal-winning wines are blind-tasted three times by at least ten judges, gave prizes to 498 supermarket wines from Aldi, Asda, Marks & Spencer, Morrisons, Sainsbury’s, Tesco, The Co-operative and Waitrose. Of those, 33 were gold. (The Times £)

The Bank of England has cut the amount that it expects the UK economy to grow this year to 2.4 per cent, down from a previous forecast of 2.9 per cent. In its quarterly inflation report, the central bank trimmed its forecast for UK economic growth over the next three years and reinforced expectations for a first interest rate rise in around a year’s time. (The Independent)