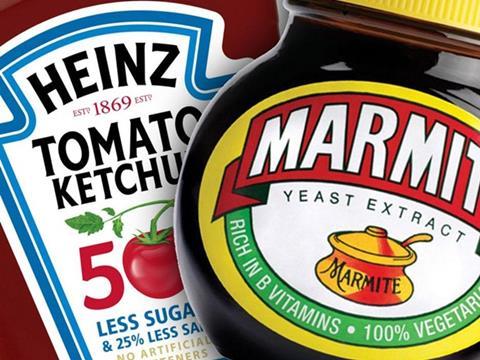 The fallout from Kraft Heinz tilt at Unilever continues to generate significant column inches in the papers today.

The Guardian outlines how Unilever foiled Kraft Heinz’s takeover bid. It quotes a “well-placed source” as saying Unilever had gone “on the offensive”, catching Kraft Heinz unawares and forcing the company to “wave the white flag”. Shares in Unilever tumbled 7% after the US group called off its £115bn pursuit of the Anglo-Dutch company amid political opposition to the deal (The Telegraph).

The Telegraph says in an article weighing up options for the US food group that Kraft Heinz is now on the lookout for acquisition targets closer to home. The Financial Times writes that 3G Capital has up to $15bn to deploy in its next megadeal, according to several people close to the group, with the investment group determined to identify and execute a major takeover soon. The paper puts Mondelez, Kellogg, Campbell Soup and General Mills as potential targets, alongside Colgate-Palmolive, Kimberly-Clark and Clorox.

Ben Wright in The Telegraph says that the deal was a “capitalist clash in the making”. He argues it is a shame the approach was abandoned so quickly. “A hostile takeover battle for one of the UK’s largest listed companies might well have forced a long-overdue debate about the role we want business to play in society,” he writes. The paper’s retail editor Ashley Armstrong adds that the whole approach was a “farce” in a column headlined: “Kraft Heinz: How to lose a deal and irritate everyone”. A strongly worded piece by Nils Pratley in The Guardian says Theresa May must take the £115bn hint from the failed bid. He also mocks 3G Capital and Warren Buffett, and the “charmless” Kraft which reneged on promises made during the Cadbury takeover, as being from another planet if they were surprised by the hostile reaction to the “miserly initial offer”. Alex Brummer in The Mail muses on the billion-pound bids that are “silently robbing the taxpayer”.

The Financial Times opines in the FTView that Unilever was a deal too far for Kraft Heinz in a world that has changed, making megadeals based on cost cuts harder. The Lex column calls the handbrake turn executed by Kraft Heinz “a humiliating reversal”. It adds the group must now lower its sights to Mondelez, General Mills or “some middling US food group”. Lombard adds that Kraft Heinz advisers at Lazard seemingly failed to recognise how unwanted the move on Unilever was in a piece entitled “Who wrote the chat-up lines in Kraft’s clumsy courtship?”.

The Mail’s City Diary caustically says the end of talks is a “choker” for the investment banks advising on the deal. Kraft’s advisers Lazard would have pocketed £160m in fees, with Morgan Stanley and Centerview, retained by Unilever, expecting a similar bonanza, the paper says. “Both sides’ public relations weasels also lose out on seven-figure stipends.”

Failed Kraft bid is ‘a wake-up call’ for Unilever, with the company facing calls to simplify its complex shareholder structure amid claims its convoluted ownership could have helped to scupper the takeover, The Times writes.

Finally, The Financial Times writes that Unilever chief executive Paul Polman is now under pressure to deliver on reforms as analysts warn that the century-old company could not simply return to business as usual. The Mail reckons Unilever is for set for savage cuts of jobs and brands to stave off another takeover bid, with analysts predicting the firm will be under pressure from shareholders to cut costs. An analysis in The Times this morning says “Paul Polman may be off the hook after Kraft Heinz scuttled away from a potential £115 billion takeover, but the chief executive of Unilever has a difficult few years ahead of him”.