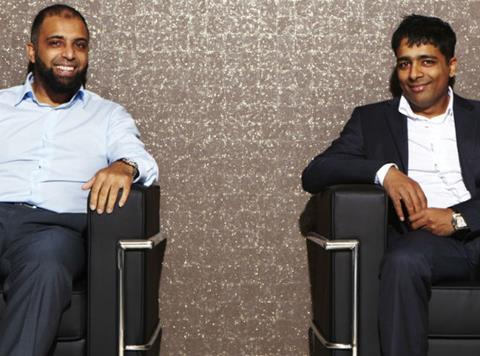 Zuber and Mohsin Issa, who built up EG Group from a single garage, are in prime position to takeover Asda

The billionaire brothers behind EG Group have moved into pole position in the race to takeover Asda, according to Sky News. A consortium led by Mohsin and Zuber Issa, the bosses of EG Group, and TDR Capital, the London-based private equity firm, has been selected by the American retail giant Walmart as the preferred bidder for Asda.

Walmart, the US retail giant that has owned Asda since 1999, took the decision to enter advanced talks with the group over the weekend. The parties are aiming to strike a deal as soon as this week but there is no certainty a final agreement will be reached, people close to the process said (The Financial Times £).

The TDR bid has pushed out a rival offer from the private-equity firm Apollo Global Management (The Guardian).

The mooted deal would return Asda to UK majority ownership for the first time since 1999, when Walmart took the chain private (The Times £).

The Telegraph takes a look at the origins of the billionaire Blackburn brothers behind EG Group.

German discount grocer Aldi will expand its click-and-collect service in the UK as it looks to keep pace with the shift to online grocery shopping accelerated by the pandemic (The Financial Times £).

Aldi is stepping up the expansion of its fledgling e-commerce business (The Times £).

Aldi is to create another 4,000 jobs with the opening of 100 new stores and a new online ordering service as part of a £1.3bn investment drive in the UK (The Guardian).

Tesco is to become the first UK retailer to set a sales target for plant-based alternatives to meat as it steps up efforts to offer shoppers more sustainable options (The Guardian). The UK’s largest supermarket will on Tuesday commit to boosting sales of meat alternatives by 300% within five years, by 2025.

Reckitt Benckiser is exploring the sale of Clearasil, Veet and other personal care brands for as much as £1bn, it was reported yesterday (The Times £).

Diageo has benefited from better than expected trading in the US, as people buy more expensive spirits to drink at home as they venture out less during the coronavirus pandemic (The Financial Times £).

The reopening of bars and off licences across the US has strengthened Diageo’s sales as the maker of Johnnie Walker, Smirnoff and Guinness recovers from damage wrought by Covid-19 (The Times £).

The €1.2bn sale of Imperial Brands’s premium cigar business has been delayed and it is providing a large bridging loan to the buyers (The Times £).

Manufacturing food for sale in Northern Ireland will become “unviable” for many British foodmakers when a new regulatory border comes into force between the region and Great Britain next year, the industry’s leading trade body warned on Monday (The Financial Times £).

The recovery in UK’s bricks and mortar retail sector has gone into reverse, according to new data that shows footfall has declined during September amid new pandemic restrictions and concerns about a second wave of coronavirus infections (The Guardian). Footfall on UK high streets and at other retail destinations was 33% lower last week compared to the same period in 2019, according to data from the British Retail Consortium and ShopperTrak.

Shopper numbers across the country fell by 3% last week compared with the week before due to the effect of government restrictions aimed at bringing down the coronavirus infection rate (The Times £). Figures released by Springboard, the market researcher, show that footfall at retail destinations was up in the first half of the week, but dropped dramatically in the second half after the imposition of a 10pm curfew on pubs and restaurants.

High street pharmacy chain Boots is the latest tenant to have “paused some payments” as it tries to renegotiate rental agreements (The Financial Times £). “UK lease structures need reform. But hardball tactics are not the right way to achieve it,” the paper writes.

The owner of Pizza Hut restaurants in the UK will go ahead with plans to shut 29 sites, putting 450 jobs at risk, after creditors voted through an agreement to try to save the pandemic-hit business (The Guardian).

Côte Restaurants became the latest casual dining chain to undergo a restructuring after being acquired by new investors via a pre-pack administration (The Times £).

Deliveroo is looking to double the number of its riders after more than 10,000 restaurants signed up with the food delivery company since the start of the pandemic (The  Times £).

Sterling rallied on Monday, lifted by a pushback against the prospect of negative interest rates from a senior Bank of England official and a more positive tone to the Brexit trade negotiations (The Financial Times £).