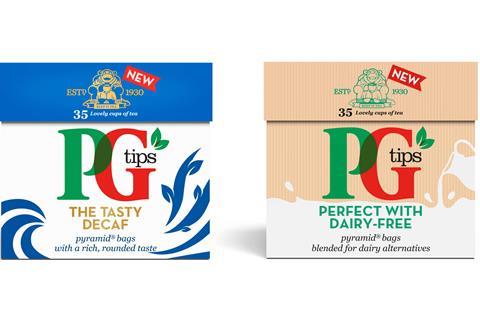 Unilever is considering a sale of its tea business, which could include PG Tips and Lipton, despite denying earlier media reports. The company launched a review of the unit after its profits plunged more than a third in 2019 following a significant slowdown in South East Asia (The Telegraph).

The FMCG giant is mulling a sale of its €3bn business after battling declining sales of traditional black tea for several years as consumers in western markets became more likely to drink coffee or herbal alternatives to the traditional British cuppa (The Guardian, BBC). The move marks an effort revive growth amid changing consumer tastes, and slowing sales in developed markets (The Times £).

The Telegraph, who firstly reported a sale of the tea business was on the cards in November before Unilever rushed to deny the rumours, wrote: “Assuming Hannah Uttley, the Telegraph reporter that broke the story, isn’t a psychic, it would seem that there are only two possible explanations for this anomaly: either Unilever was telling porky pies, or there was a very sudden change of heart.” The newspaper went on saying that, whichever of the two possibilities, it is clear Unilever is “in a bit of a mess” after posting terrible full-year numbers.

The Financial Times (£) meanwhile argues that a potential sale of Unilever’s tea division would tackle some of the business’ recent underperformance by “eliminating a drag on earnings”. However, selling off the underperforming unit would “undermine the company’s innovation credentials”. “Tea is among the most popular drinks across huge swaths of the globe. Keeping it relevant should not be that hard,” argues the newspaper.

A café in Manchster, where the first PG Tips brew was made 90 years ago, argues younger generations have stopped drinking builders’ tea favouring instead fancier herbal variants full of antioxidants. Another shop owner argues the drop in sales of traditional black tea is due to the fact that “you can’t Instagram a cup of tea, can you?” (The Guardian).

US soft drinks giant Coca Cola has reported a surge in revenues and profits as its push into healthier products started to pay off. Sales in the three months to the end of December were up 16% year-on-year to $9.07bn helped by higher sales of Innocent smoothies and Coke Zero (The Financial Times £).

Diageo CEO Ivan Menezes said its company could manage the impact of Trumps tariffs on Scotch whisky but smaller distillers risk getting badly hit, with thousands of jobs on the line (Sky News). Spirits giant Diageo has warned that thousands of Scotch whisky jobs could be affected by the ongoing US-EU trade dispute. (The BBC)

The boss of Diageo is “fighting hard” to get rid of tariffs on Scotch whisky in the United States as the spirits group trimmed its sales outlook because of global trade concerns (The Times £). Diageo, the world’s biggest spirits maker, has tempered its sales expectations for the current financial year as it contends with increasing volatility in global trade. (The Financial Times £)

Tobacco group Altria has written down the value of its investment in e-cigarette maker Juul by a further $4.1bn, following a swate of health problems associated with the use of the devices. The company said the decision was “primarily due to the increased number of legal cases pending against Juul and the expectation that the number of legal cases against Juul will continue to increase” (The Financial Times £).

The latest write-down means Altria’s stake in Juul has dropped over two thirds with the total $8.5bn reduction blamed on legal and regulatory threats (BBC).

As the UK leaves the EU today, M&A dealmakers expect an upswing in corporate and private equity investments due to greater certainty around Brexit (The Telegraph).