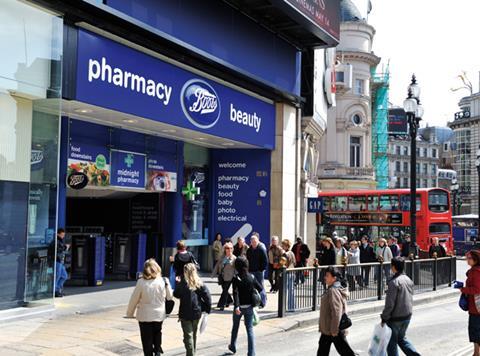 Walgreens Boots Alliance is exploring the possibility of a $70bn private equity buyout - the biggest in history. No finanl decision had been made whether to pursue the buyout but according to people close to the matter, talks were being held (The Financial Times £).

The drug store chain, which currently has a market valuation of $55bn, hired investment bank Evercore Partners to explore sale options but according to sources many PE firms backed out due to the challenges of financing the deal (The Telegraph). The buyout follows years of struggles at the chain. If the deal goes through, it will be the second time WBA becomes private after being acquired for $22bn by KKR in 2007 (The Times).

Associated British Foods has said it expects earnings to rise in the coming year, driven by a recovery of its struggling Sugar unit and better-than-expect margins at fast-fashion chain Primark. The comments were made as its latest annual results showed a 2% sales rise to £15.8bn (The Financial Times £).

ABF said it will slash executive pensions in the future following backlash from shareholders after reporting a further 8% drop in annual profits to £1.1bn. New executives joining the business will receive smaller pensions to align with other employees, however existing bosses will continue to be paid the same (The Telegraph).

Tobacco giant Imperial Brands blamed a “competitive” environment for a weak performance of its vaping division which drove pre-tax profits down 7.3% to £1.69bn despite a 2.2% rise in revenues. Imperial expects the challenges at its e-cigarette arm to continue in the new year following clampdown from US President Donald Trump (The Telegraph).

Some of the world’s biggest brewers - including AB InBev, Constellation Brands and MillerCoors - are rushing to launch a hard selzer variety to compete with US phenomenon ‘White Claw’. Analysts at UBS expect the category to grow fom $550m this year to $2.1bn in three years (The Financial Times £).

Consumer spending grew 1.5% in October according to Barclaycard, narrowly behind inflation as confidence in the economy remained low (Sky News).

Shares in US supermarket chain Kroger jumped over 11% yesterday - the best performance in 26 years - after the company’f forecast for 2020 same-store sales growth over 2.25% and adjusted earnings between $2.30 and $2.40 per share, surpassed analysts’ expectations (The Financial Times £).

Struggling baby products retailer Mothercare is considering moving its UK pension scheme over to its international business in order to maintain benefits for the scheme members after announcing it will put its UK division into administration (The BBC).

The retailer has confirmed that all its remaining 79 stores in the UK will shut down putting around 2,800 jobs on the line, though franchise discussions continued (The Financial Times £, The Guardian, BBC).