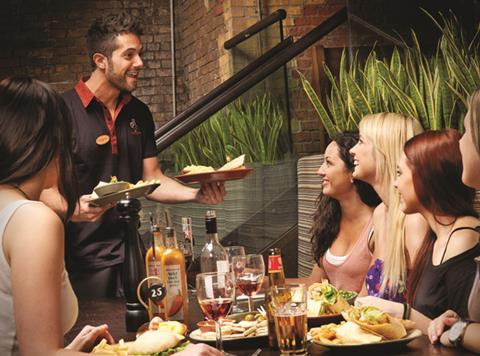 Nando’s is in crisis talks over its debt pile after spending £20m to make its UK restaurants Covid-secure, though the restaurant chain’s boss Rob Papps is “confident in the long-term prospect for the business” (The Telegraph). Nando’s has raised £100 million from shareholders to help it weather the pandemic (The Times £).

Four supermarkets are still resisting widespread calls to hand back pandemic tax breaks despite seeing a boom in sales. Iceland and Co-op have resisted calls to follow suit, while Waitrose and Marks & Spencer said they will hold on to their rates relief because of the impact of closures on their department stores. (The Daily Mail)

Retailers have urged Rishi Sunak to use the near £2bn of business rates relief paid back by supermarkets to provide extended help to stores that have been hammered by the Covid-19 pandemic. (The Telegraph)

British Christmas dinners are under threat from a shortage of luxury turkeys, as the pandemic forces millions of would-be holidaymakers to stay at home this festive season. (The Financial Times £)

Families are preparing for a home-baked Christmas as they tackle the boredom of lockdown restrictions by making their own puddings, mince pies and cakes. (The Guardian)

Shop closures across key markets have caused Primark to lose £430m in sales this autumn, according to its owner Associated British Foods (The Times £). The owner of Primark said the recent forced closure of its shops in England and other European countries has resulted in more lost sales than it previously expected (The Daily Mail). Primark’s owner says autumn COVID-19 lockdowns have resulted in an estimated £430m hit to sales - but insists the fashion chain remains on track to deliver improved annual profits (Sky News). The owner of Primark has revealed that the latest wave of Covid-19 lockdowns cost the fashion chain £430m in lost sales but that it has experienced a “phenomenal” jump in sales this week since stores were allowed to reopen (The Guardian). The owner of Primark said the sales hit from the autumn lockdown was worse than expected but added that trading had been “phenomenal” since stores reopened in recent weeks (The Telegraph).

The collapse of three major chains last week has put 30,000 retail jobs at risk and triggered fears for the future of town centres. But the picture isn’t all bleak, according to experts including the former government retail tsar, Mary Portas, who says there is too much nostalgia and too little optimism about the future of the British high street. (The Guardian)

“Crisis in retail”, writes the FT as UK town centres struggling to survive. With the collapse of Debenhams and Arcadia creating more empty stores, many urban centres need a new purpose. (The Financial Times £)

Crowded scenes on the first weekend of Christmas shopping after the easing of lockdown in England have prompted fears about a lack of social distancing and the risk of spreading coronavirus. (The Guardian)

As giants disappear from the high street, Poundland is on the hunt for bargains: ‘We’ll snap up empty shop sites - like we did with Woolworths’, said its boss Barry Williams, who reveals he is opening half a dozen new stores – and already has his eye on more to add to his existing 856. (The Daily Mail)

Harrods boss Michael Ward: ‘It’ll take us years to rebuild’. Michael Ward charmed Mohamed al-Fayed, but Covid and the VAT row are his toughest challenges yet. (The Times £)

Crisps firm Walkers has adopted a technique it says will slash CO2 emissions from its manufacturing process by 70%. The technology will use CO2 captured from beer fermentation in a brewery, which is then mixed with potato waste and turned into fertiliser. (The BBC)

The world’s largest independent Coca-Cola bottler has set out plans to eliminate greenhouse gas emissions from its value chain within two decades, becoming the latest company to set an ambitious target under pressure to slow global warming. (The Financial Times £)

Restaurants fight back against Deliveroo fees. Often charged more commission than the big chains, small-time restaurateurs are fighting back. (The Times £)

US companies are sharpening their knives in India’s battle of the burgers, as they scale up their businesses to meet a growing taste for American-style fast-food among the country’s 1.4bn people. (The Financial Times £)