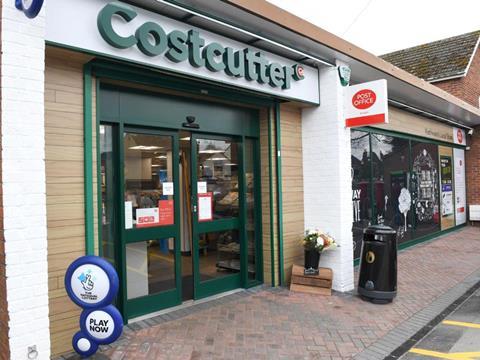 The Co-operative Group has made a failed £15m takeover approach for Costcutter that would have created a grocer with more than 4,000 shops (Sunday Times, Sky News). The offer was rejected several weeks ago and would have formalised the relationship between the two brands.

Ranjit Boparan of 2 Sisters is braced for a clash with his lenders and pension trustees over the use of proceeds from a £200m sale of the Goodfella’s pizza brand (Sunday Times). Following the sale of Goodfella’s, Boparan Holdings told its lenders it wanted to use £125m to repay half of a £250m tranche of bonds due for refinancing next year. The plan has angered holders of almost £600m worth of bonds that are due for repayment in 2021.

Two large tobacco companies that helped to shore up Palmer & Harvey with £66 million of loans before its collapse may receive only a fraction of what they are owed (The Times). An administrator’s report for the failed wholesaler shows that Imperial Brands, which makes Gauloises and Davidoff cigarettes, and Japan Tobacco, the Benson & Hedges and Silk Cut maker, may receive between 0p and 58p in the pound of the funds they are owed.

Asda boss Roger Burnley has told of his fears over mountains of rotting food after Brexit (Independent, Mirror). The supermarket chief warned that a hard Brexit could leave grub rotting at the border and have severe financial implications for the sector.

The CO2 shortage that forced supermarkets to ration fizzy drink sales and threatened World Cup beer supplies could become a “longer-term” problem as “fragile” supply arrangements struggle to cope in outages (The Telegraph). A dearth of investment in the European sector could leave the UK exposed to future shortages, warned City analysts Liberum.

Tesco is targeting the growing number of Britons who live or eat alone by significantly expanding its range of single-portion foods. It is selling solitary beef burgers and steak fillets, hand-sized packets of new potatoes and broccoli – and even shrunk-down bottles of sauvignon blanc – as it targets an increasingly important demographic (The Guardian).

The future of Premier Foods boss Gavin Darby is looking increasingly uncertain this weekend after two of the company’s biggest shareholders backed an aggressive campaign to oust him (Telegraph).

Wall Street hedge fund Paulson, which owns a 6.2pc stake, said he had failed to deliver on a promise to create shareholder value after knocking back a takeover bid from US spice maker McCormick in 2016 and selling a large stake to Japan’s Nissin instead (The Guardian, Daily Mail).

Majestic Wine has become one of the few listed companies where the chief executive’s salary is below that of the finance chief after Rowan Gormley again refused a pay increase (The Times). Both were paid a basic salary of £172,00 last year but while James Crawford, the chief financial officer, has accepted a rise to £200,000 this year, Mr Gormley turned down his increase.

A number of supermarket chains have been forced to recall thousands of bags of own-brand frozen vegetables because of fears that they could contain a deadly bacteria. The Food Standards Agency said 43 frozen products, including sweetcorn and mixed vegetables – sold by retailers including Tesco, Sainsbury’s, Waitrose, Aldi and Lidl – had been recalled (The Guardian).

The vaping start-up behind the “iPhone of ecigarettes” is closing in on a giant financing round that will value it at $16bn (£12bn). Juul, founded by two Stanford University product-design graduates, has grabbed more than half the American market thanks to this unique design and its ability to deliver a big payload of nicotine (Sunday Times).

Major retail and consumer brands are scrambling to occupy the higher ground on plastics, amid threats of boycotts, and the bandwagon is now “thoroughly rolling” according to the Financial Times over 40 companies singing the Plastics Pact.

Concerned customers who purchase Australian beef on Chinese ecommerce platform JD.com can now access information about every step of the meat’s journey through the supply chain, stored on JD’s own blockchain, or digital ledger (Financial Times).

The UK’s official number crunchers are transforming their data gathering in order to measure the “Amazon effect” on the prices of goods and services. No longer just based on a traditional “shopping basket”, official figures on price rises will soon take account of the nation’s online shopping habits, measuring the sales of millions of items such as clothing, flights and package holidays (Telegraph).

Stobart’s second largest shareholder Neil Woodford has blasted its management for sacking former boss Andrew Tinkler from its board just hours after being appointed by investors (Telegraph).