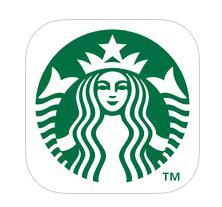 Company tax arrangements are more important to consumers than Fairtrade and the environment, new research has found.

A survey of over 2,000 UK adults by KPMG and YouGov revealed that paying a fair share of tax is one of the top factors in whether an fmcg company is trusted or not.

The research for KPMG’s newly launched Consumer Insights Panel, which includes representatives from SABMiller and Unilever, showed one in four identified tax policy as a key factor when determining trust in fmcg firms.

The findings follow a string of high-profile campaigns against the tax policies of companies including Starbucks, Boots and Amazon in recent years.

Campaigning groups such as Tax Research UK and charities including ActionAid have sought to highlight perceived low levels of payment of corporation tax and widespread use of subsidiaries based in low-tax jurisdictions. Other companies targeted by campaigners have included Tesco, SABMiller and Diageo. And even though Sainsbury’s then CEO Justin King described taxation as “a moral issue” at the CBI annual conference last November, the retailer has not been exempt from criticism over its use of offshore subsidiaries to minimise tax payments.

“Recent media coverage of organisations exploiting tax loopholes or not providing transparent information about the way they do business has plainly had an impact,” the report stated.

There is increasing public cynicism in general about large corporations - evidenced by the survey’s finding that two thirds of respondents believed companies are doing the “bare minimum” in terms of ethical behaviour and the same proportion say they don’t always believe what companies say they are doing.

Liz Claydon, head of consumer markets at KPMG, argued the findings were evidence of a wider failure in fmcg companies’ engagement with customers. “The big players need to urgently fix this breakdown in communications and prove to consumers they are not merely paying lipservice to their corporate responsibility programmes,” she said.

The research also suggests the downturn has more closely intertwined corporate activity with CSR and the public are more sceptical of isolated ‘green-washing.’

Panel member Keith Weed, Unilever’s chief marketing & communications officer, said: “Trust is becoming a more important issue, but not at a brand level, at a corporate level.” Unilever has a dedicated section explaining its approach to tax on the ‘sustainable living’ section of its website.

The survey found a disconnect between corporate and brand reputation - with only one in six saying that knowing a brand was owned by a multinational changed their view of that brand.

However, 50% said they’d like it to be made clearer who owns which brands.

Claydon added: “In the past one of the reason that companies haven’t been transparent about corporate branding is that the link can potentially be seen to be damaging. But the panel strongly felt the positive impact outweighed the negative and most big multinational companies now absolutely want to link their products to their corporate brand.”