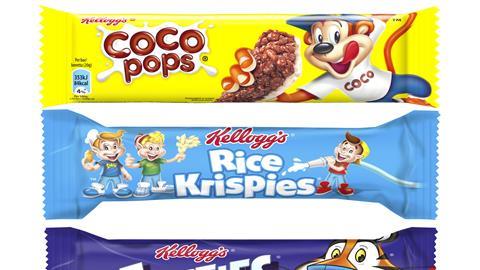 Why is Kellogg’s splitting in three and will it work?

Kellogg’s announced a shock split of its business last week, spinning out North American cereals to focus on its higher-growth snacking brands

As Kellogg’s prepares to split its business in three, could the glory days of the multi-category consumer mega-corps be behind them?

The cereals and snacks giant is spinning out its problematic North American cereals division and its nascent plant-based division, to focus on its higher-growth global snacking arm.

The plan marks a shift of strategy from its fellow consumer food and drink giants, which have typically prioritised growth by selling off lower-growth or non-core divisions.

Kellogg’s will create three distinct publicly listed companies by the end of 2023: Global Snacking Co, containing 80% of its current business including its international cereals portfolio; North American Cereal Co; and Plant Co, the latter anchored by its US MorningStar Farms brand.

The rationale is similar to that behind Unilever’s sale of its spreads division and Nestlé’s sale of its US ice cream and waters business – to shift away from non-core lower-growth assets and invest in categories of higher growth.

For Kellogg’s, this means its snack brands, such as Pringles, Pop-Tarts, Cheez-It, Nutri-Grain and Rice Krispies Treats.

Its traditional cereals have suffered from the structural decline in traditional breakfasts as consumer habits shift, while the division has also suffered in recent times from strikes, supply chain disruptions and mounting commodity price pressures.

Kellogg’s CEO Steve Cahillane, who will lead the main snacking business, said the split means the cereal division “will not have to compete for resources against a high-growth snacking business”.

Meanwhile, the much smaller Plant Co division will be an innovation-driven pure-play plant-based player.

With sales of $340m, the North America-focused business remains in growth phase, but crucially – unlike other listed players in the space such as Beyond Meat – it generates a profit.

Cahillane said the independent companies would be “better positioned to focus on their distinct strategic priorities”.

In reality, this is Kellogg’s grasping the nettle of the key issue many other consumer giants face: looking after the bottom line while prioritising growth.

“With the snacks business growing at a faster rate than the cereal and plant-based product divisions, these smaller companies may be able to move quicker and smarter than the heavy Kellogg brand,” he says.

While global giants have historically benefited from scale, this restructure is driven by the belief that category focus outweighs back office synergies.

AJ Bell financial analyst Danni Hewson notes: “Whilst there may be security in size and savings to be made by sharing back room operations, strategically there’s a gulf between family favourites and pushing plant-based boundaries.”

Best of both worlds

A break-up rather than sell-off theoretically enables the company to benefit from the best of both worlds – reliable cash generation from its mature categories and the benefit of structural growth opportunities in more on-trend areas.

This isn’t a new approach, just one rarely seen in food and drink in recent years, which has focused on portfolio management through M&A and tended to retain relatively diverse product categories.

Bernstein analyst Alexia Howard notes the move could be seen as an “admission that turning around the US cereal business is proving tough”, but it is also reminiscent of the Mondelez split from Kraft a decade ago.

Howard suggests shedding the problematic cereals business – as well as shedding debt on to it – could propel Kellogg’s to trade more in line with other snacking companies, like Mondelez’s EBITDA multiples of 14-15 times, compared with its current level of around 12 times.

How investors and customers will take to the split-off cereal business is less clear. But clean splits may become increasingly attractive to consumer giants.

The past decade has seen little such activity, but in recent months GSK turned down Unilever’s mega-billions approach for its consumer health arm to instead spin it out via a London IPO next month. Johnson & Johnson announced a similar consumer split in November 2021. Bernstein’s Howard suggests Campbell Soup Co or Conagra Brands may also follow suit. 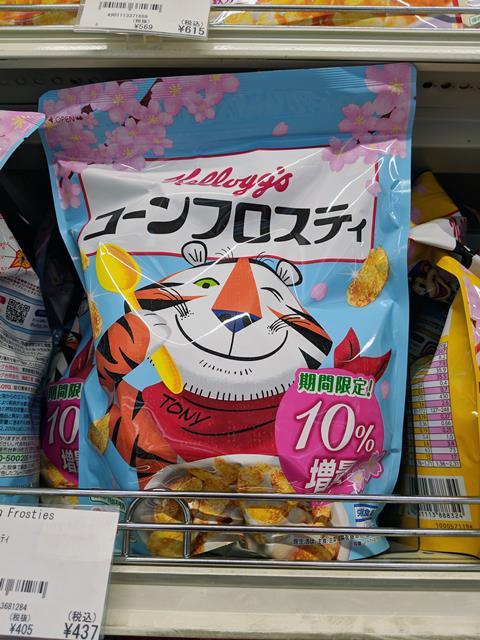 Of course, it could still be that Kellogg’s announcement is precursor to a more traditional divestment.

OC&C managing partner Will Hayllar comments: “The debt markets are not as open for big ticket debt at the moment and therefore they may feel like public market, rather than selling to a buyout group, provides the cleaner path forward.

“I suspect this gives them certainty where they can lay out the future strategy of these divisions as separate companies and if someone wants to come in and make an offer, they are still able to do so.”

In particular, the plant-based division would seem to offer opportunities for an investor to scale up off-market. Notably Kellogg’s even floated that a sell-off of the division remained a possibility.

Even the cereals business could attract buyer attention now Kellogg’s has announced its intention to demerge it, with its reliable cash generation and potential for margin-focused restructure appealing to buyout firms in particular.

Shareholders were broadly supportive last week, with shares up around 6% and remaining up a week later.

It provides more evidence that the City has grown impatient with slow-growth, mature businesses. The post-Covid period has already seen General Mills and Danone diversify their portfolios, while Unilever is under pressure to move much faster with Nelson Peltz set to take his board seat in a few weeks.

Kellogg’s bold move is certainly unlikely to be the last consumer spin-out, as unprecedented economic pressure puts more business models under the microscope.