There is no fresh category that varies quite as much in importance and treatment across the world as fresh fish.

In hypermarkets in Spain or Portugal, for example, it is not uncommon for a well-managed fish counter to account for up to 12% of a store’s turnover, a reflection of the importance of fish & seafood in the national diet and the country’s kitchens. As a result, fresh fish merchandising in Iberia is superlative.

In other countries, such as the UK, where fish consumption is less than half that of Portugal and where the reliance on prepared meals and processed foods is much higher, fish counters can often feel like something of an afterthought, with previously thawed fish fillets dumped onto an ice bed.

There is real scope in the UK for fish counters to make the category less intimidating, provide more value-added services and generate a bit of demand in what could be a big opportunity as the health & wellness trend continues unabated.

In the second of his series on excellence in in-store merchandising, Tcc Global insight director Bryan Roberts takes a look at best practice around Europe and the UK. 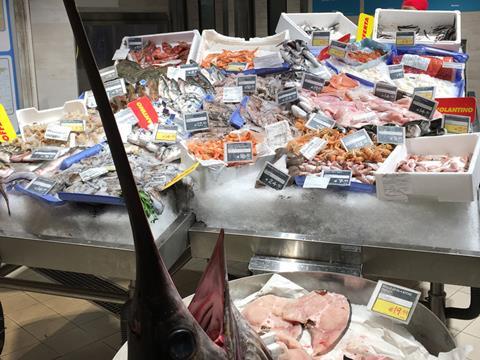 There is plenty of room for theatre on a fish counter, and he weapon of choice for many retailers is the swordfish. Auchan in Italy deploys one in an ice-barrel separate to the several main fish counters to sell swordfish steaks in a very striking fashion. 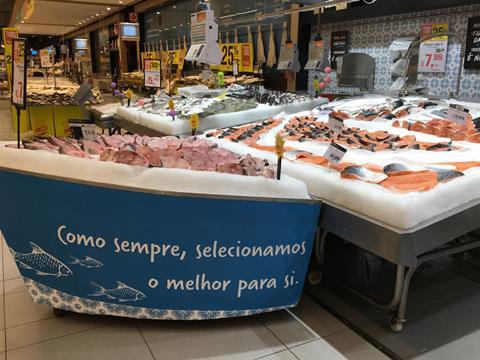 While many retailers trade from a typical long counter along the rear of the store, some – like Continente in Portugal – utilise less standardised fixtures to bring the category to life. A boat-shaped fixture in this store near Porto is highly visually appealing. 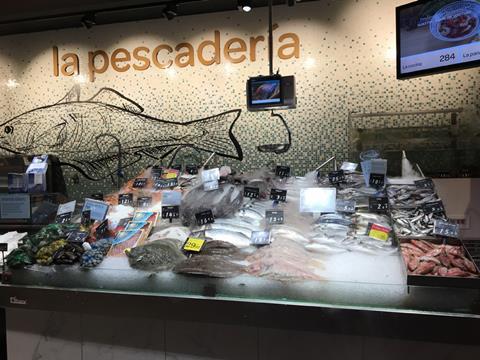 With a surfeit of space, it is hypermarkets that often do the best job of trading a fish counter in an impressive fashion. Carrefour in Spain, though, also operates Market urban stores and proves that it is perfectly feasible to have a corking counter in a smaller footprint environment. Misters, décor and digital screens and scales come together to create a superb proposition. 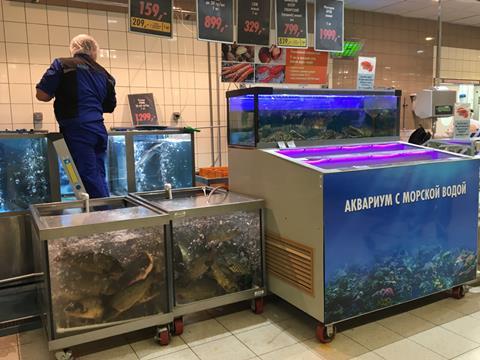 What better way to capture the imagination than displaying live fish? Commonplace in Asia and Eastern Europe, this Globus store in Moscow uses the technique to enable shoppers to select their choice of lobster or several species of fish. While the set-up might not be to everyone’s taste in terms of animal welfare, it certainly works from a shopper perspective. 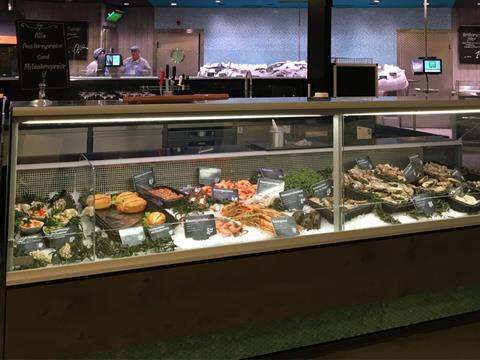 In-store consumption is proving increasingly popular across many categories and can also apply to fish. Markthalle in Germany has an oyster bar alongside the main fresh fish fixture – meaning that shoppers can enjoy seafood and champagne as part of their shopping trip. 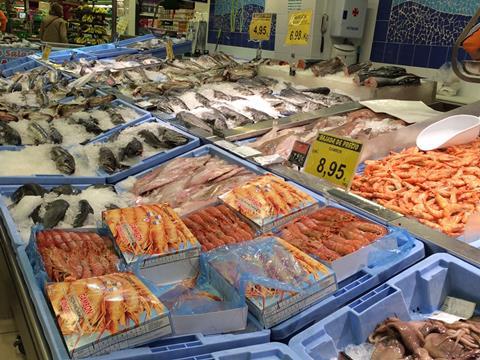 Value-led retailers often shy away from the perceived inefficiencies and costs of running fish counters, but in Spain it is almost non-negotiable. Mercadona manages to meet shopper needs with a low-cost, crate-based display that still manages to be incredibly vibrant. 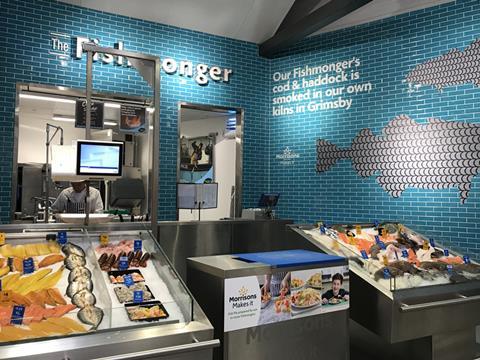 There are glimmers of hope in the UK market. I was particular taken by the impressive fish counter I saw in the recently unveiled Morrisons concept in St. Ives. Really good design, great merchandising, a nod to vertical integration and some great service on offer. Encouraging stuff. 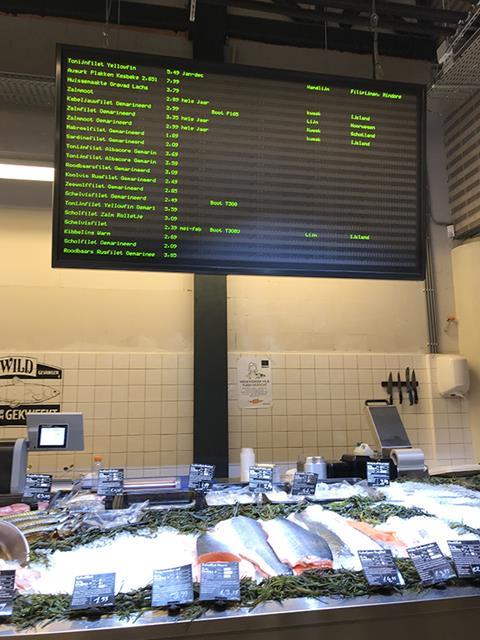 Provenance and traceability are important issues with fish, as the sustainability of our oceans means a lot to consumers and shoppers.

Marqt in the Netherlands demonstrates mindfulness of this, as well as a playful visual approach, by adopting an airport-style screen that can include information on species, country of origin, price, capture method and boat identity.