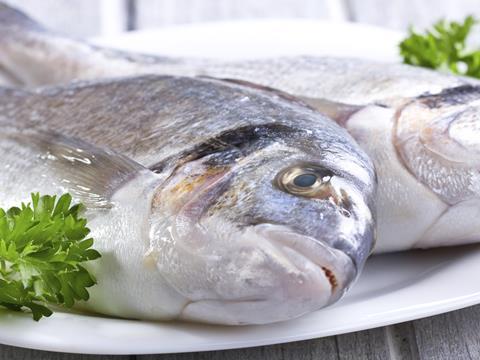 Fishermen say supermarkets’ supply of sea bass is unlikely to be affected by a trawling ban announced by the EC this week.

The ban on trawling for the fish - which applies to fisheries around the UK, Ireland, France, the Netherlands and Belgium - will run until the end of the current spawning season on 30 April.

It is part of a series of emergency measures to protect declining stocks, including a minimum size of 42cm for all landed fish. Fishermen using pelagic trawls in the English Channel, Celtic Sea, Irish Sea and the southern North Sea will be affected.

Restaurants and fishmongers were more likely to be affected than supermarkets, which source sea bass primarily from farmed stock, said Barrie Deas, CEO of the National Federation of Fishermen’s Organisa­tions.

“We could see shortened supplies of high-end, wild-caught sea bass and a possible price reaction”, he suggested.

European fisheries commissioner Karmenu Vella has said fishing during the crucial spawning season could jeopardise the future of stocks. “The impact of stocks collapsing would be catastrophic for the livelihoods of many fishermen and coastal communities,” she added.

Other restrictions on sea bass could be introduced later, said Vella, including limits on catches for commercial fisheries other than pelagic trawling, amid calls by the International Council for the Exploration of the Sea for European sea bass landings to be reduced by 80%.