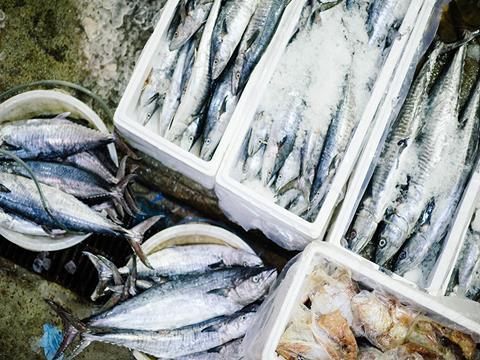 Global fish production should increase ‘significantly’ over the next decade, though the sector will face ‘major challenges’, according to a new report from the Food and Agriculture Organization of the United Nations (FAO).

Combined global fish production from wild catches and aquaculture is set to hit 201 million tonnes by 2030, which is 18% higher than the current production level of 171 million tonnes, the latest State of World Fisheries and Aquaculture (SOFIA) report predicts.

Most of this growth will come from aquaculture, which produced 80 million tonnes of fish in 2016 - accounting for 53% of all fish consumed by humans as food.

World capture fisheries production, which has remained relatively stable since the late 1980s, should also increase “slightly” over the next decade, despite dipping by two million in 2016 to 90.9 million due to ‘periodic fluctuations in populations of Peruvian anchoveta associated with El Niño’, the report noted.

However, this growth will depend on the global fishing industry’s ability to tackle overfishing, climate change and pollution.

Over the past 40 years, the amount of commercial fish species being fished at biologically unsustainable levels has risen from 10% to 33.1%, and while some progress has been made to prevent overfishing and destructive fishing practices, a more co-ordinated global approach was now needed, the report warned.

‘The world has diverged in its approach to sustainable fisheries, with worsening overcapacity and stock status - too many boats chasing too few fish - in developing countries offsetting improved fisheries management and stock statuses in developed ones,’ it said.

More research and collaboration was also needed to tackle climate change - which could cause shifts in the distribution of wild fish globally - and the problems abandoned fishing gear debris and pollution by microplastics were causing in aquatic ecosystems, the report added.

‘Priority should be given to preventive measures that reduce marine litter and microplastics, efforts to upgrade recycling schemes to ‘circular economies’ as well as phasing out single-use plastic,’ it said.