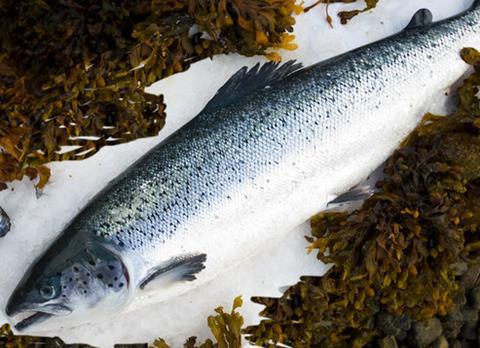 The petition by Scottish Salmon Watch has amassed more than 40,000 signatures

Campaign groups have presented a petition to the Scottish government calling for “immediate emergency inspections” of all Scottish salmon farms amid welfare concerns.

Consumer campaign group SumOfUs and fish welfare campaigner Scottish Salmon Watch have amassed 42,963 signatures, at the time of writing, in a bid to get the Scottish government’s Fish Health Inspectorate to investigate what they label as “serious welfare abuses” at some farms.

It follows allegations of malpractice at a farm in a Highland loch, which were reported on by Scottish investigative journalism website The Ferret.

The report included undercover footage by Scottish Salmon Watch of salmon covered in “white lesions” and “gasping for air at the surface” of salmon cages.

Both Scottish Salmon Watch and SumOfUs argue welfare issues are particularly pressing at this time of year because rising sea temperatures “increase the likelihood of disease among salmon populations”.

“Salmon farming is a welfare nightmare. We know from the Scottish government’s own surveillance that Scotland’s salmon farms are riddled with infectious diseases, pathogens and viruses.”

In response, a Scottish government spokesman said: “Fish farmers and veterinary professionals work hard every day to ensure the health and welfare needs of farmed fish are met.