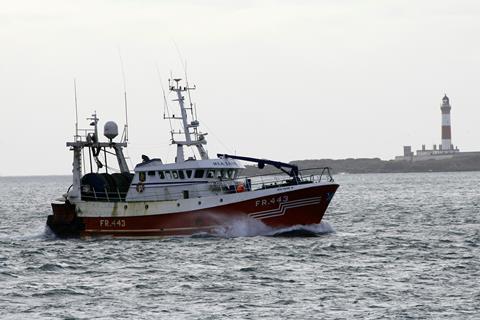 The World Wide Fund for Nature has criticised the EU for ‘failing to meet’ its own marine sustainability targets following the publication of the bloc’s latest fishing quotas.

The conservation NGO said the EU’s commitment for its fleets to make seafood catches within thresholds that allow species to replenish their populations – otherwise known as maximum sustainable yields (MSY) – by 2020 had not been reached.

It also warned that member states had put themselves “in an especially compromising position” in recent agreements, including last month’s negotiation for the Atlantic and North Sea quota, as these would “prolong overfishing” of certain stocks “beyond 2020”.

“In 2020, EU environment and fisheries ministers face their greatest test ever: will they finally secure an ocean where people and nature thrive, as committed to in the Common Fisheries Policy?” said Anne-Cécile Dragon, WWF Europe’s marine & fisheries policy officer.

“It is fundamental for EU credibility, especially in the context of the European Green Deal and other looming environmental deadlines, including the United Nations Sustainable Development Goals, that the EU and its member states finally deliver on their promises.”

In response, the EU Commission stressed 99.4% of fish landed in its waters this year would come from ”stocks managed at maximum sustainable yields”.

”The Commission is again following the basic principle of proposing MSY exploitation rates for 2020 for stocks defined as target stocks under a multiannual plan, wherever such MSY advice is available. This includes using the upper and lower MSY ranges established under the multiannual plans,” said a spokeswoman for the EU Commission.

“The number of TACs set in line with MSY depends on the scientists and the number of stocks for which they can deliver MSY advice. The Council has decided to set 62 stocks at MSY out of the 77 stocks MSY assessed. In the EU only, 47 stocks are fixed at MSY out of 53.”

WWF’s criticism of the EU is also based on an assessment it conducted in December 2018, which found 74% of assessed fish and shellfish populations in Europe’s seas were not in ‘Good Environmental Status’ – the EU’s own criteria for sustainable seas.

It comes weeks after the EU Council agreed to EU Commission proposals for total allowable catch (TAC) quotas in the Atlantic and North Sea that would see cuts in 40 of the 72 quotas.

Meanwhile, in mid-December, it also reached a bilateral agreement with Norway for fishing in jointly managed waters.

The negotiations saw the TAC for cod in the North Sea and Eastern English Channel areas fall by 50%, to 17,679 tonnes. This figure was above the 13,686 tonnes advised by the International Council for the Exploration of the Sea, which provides the EU with scientific advice on fish stock status.

But while expressing concern the Norwegian quota was not “as ambitious” as the ICES scientific advice, the Marine Conservation Society said it still represented “a significant cut” that would “provide the opportunity for quick recovery”.

“We are encouraged by the acknowledgement that additional measures to protect cod are needed above simply cutting catches. This stock has seen its fair share of troubles in the past so a swift response to protect it is welcome,” said Debbie Crockard, senior fisheries policy advocate at the charity.

The latest round of quota negotiations has come amid mounting concerns over the collapse of fish stocks across Europe alongside the unregulated fishing of mackerel in the Atlantic and accusations the EU has let perpetrators of illegal fishing ‘off the hook’ in recent years.

This article was updated at 15:10 on 6 Janaury to reflect the EU Commission’s response.