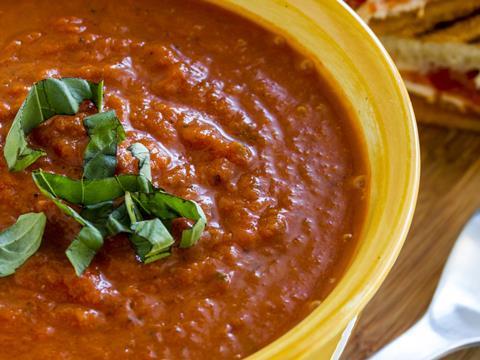 Poor weather has made this summer a washout for many parts of the grocery trade - with beer, ice cream and even deodorant left in the shade by unseasonal products including soup, chocolate and hot beverages.

Many summer favourites had been struggling for much of the season, and late July and early August turned into a disaster for some. Value sales of ice cream and some soft drink categories crashed by as much as 20% compared with the same period last year [IRI 4 w/e 15 August 2015].

Changeable weather has been the main cause of the slumps. Temperatures and total hours of sunshine were not far below average, said the Met Office, but there were few prolonged sunny spells to encourage Brits to stay outdoors. Rain became a big issue in August for some parts of the country, with the South East and Central region getting twice the average, and SW England 70% above average.

The lack of sunshine hurt deodorant and soap sales - with volume of each down about 10% in the 12 weeks to 15 August as Brits spent less time outdoors or playing sports. “There is a clear correlation between deodorant usage and temperature. In warmer conditions not only do people apply deodorant more frequently, but there is a tendency to have a second shower after work, with product again being applied,” said Michael Harris, co-founder of Keep It Kind Bodycare.

Sales in almost all parts of soft drinks - except still and flavoured waters - were lower this summer than last. Even cola, up year on year in early summer, declined in July and August.

Also hit hard were beer & cider, with value sales down £50m on last summer. In percentage terms, cider took the biggest hit, down 6.1% compared with a 4.1% drop in lager, while ale rose 1.7%.

Rather than quaffing booze in the sun, some Brits were indoors with hot drinks. Although tea sales - in long-term decline - were down 2%, ground coffee enjoyed a particularly strong performance in late summer.

And consumers have even been turning to soup to ward off unseasonal weather - sales are up 1.6% across the summer, soaring 6.9% in the four weeks to 15 August. Heinz said the cooler weather may have contributed to an increase in its soup sales in July and August, and Glorious owner Glorious Foods said there had been a direct connection between the weather an increase in its sales.

“The adverse weather has been beneficial to us,” said Gavin White, marketing controller at Glorious soup owner Glorious Foods.