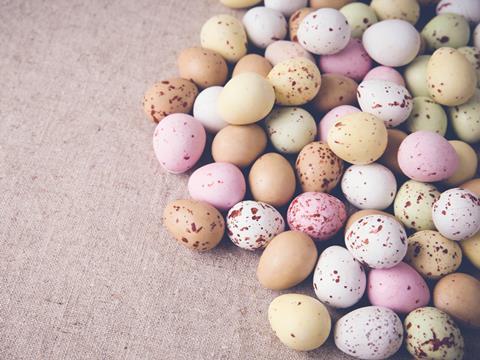 Cadbury Mini Eggs are among Easter favourites to have fallen victim to shrinkflation this year.

Confirming the changes, a Mondelez spokeswoman said: “Like all food manufacturers, we sometimes have to make changes to ensure people can continue to buy their favourite chocolate products at affordable prices. We’ve worked hard to ensure we’re still offering consumers great value for money.”

Smarties Mini Eggs pouches are also smaller than last year, with pack weights down from 100g to 90g, while prices have remained at £1 in Tesco and Asda. At the same time, Nestlé has reduced its Lion Bar Retro Easter Egg from 220g last year to 200g, with Morrisons still selling it for £4. “Occasionally we make changes to the size of our products, driven by a number of factors, including changes to ingredients costs,” said a Nestlé spokeswoman. “Where possible we do drop the price to reflect any weight reduction but the final price is at the discretion of the retailer.”

Ferrero has also reduced pack weights across a range of its Thorntons gifting eggs, including Thorntons Classic Egg (was 294g now 258g); Thorntons Chocolate Fudge Brownie Egg (was 350g now 313g); Thorntons Lemon Meringue White Chocolate Egg; (was 342g now 319g); and Thorntons Pecan Pie Milk Chocolate Egg (was 338g now 329g). The supplier said it constantly looked at how to avoid passing costs on to consumers. “Occasionally this has resulted in re-sizing to ensure we are providing products that are of the highest quality.”

Supermarkets have also hiked prices on some Easter favourites compared with last year, such as a Yorkie Collection Giant Easter Egg (336g), which is now 25p more expensive at £6 on average across the major mults, and an Aero Collection Egg (308g), which is up 64p to an average of £5.59 [Brand View 52 w/e 21 March 2018].

The cost of cocoa surged throughout 2014 and 2015 as the ebola virus outbreak affected farming in key African growing regions and El Niño damaged crops. London prices hit a 39-year high in mid-2016 before dropping off sharply towards the end of the year, but have surged again since the beginning of 2018 on the back of rising demand and tightening global stocks.