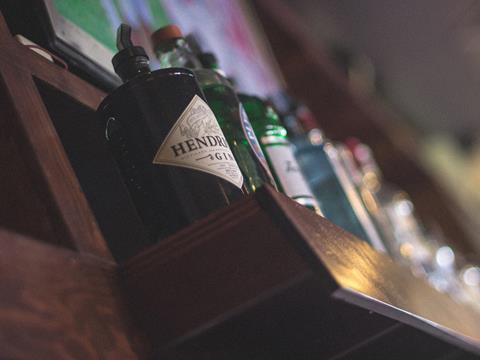 Image courtesy of Steven Guzzardi via Flickr under the Creative Commons License 2.0

Shoppers can expect to pay more for Mother’s Ruin this Christmas, as supermarket gin prices have surged in the wake of duty rises earlier this year.

Prices of the trendy tipple are up 6% across 127 SKUs in the mults over the past 12 months, with big brands and craft players alike growing dearer [Brand View 52 w/e 25 September 2017].

Plymouth Gin, meanwhile, saw one of the steepest rises, of 7% to an average £25.50 for a 70cl bottle, with supplier Pernod Ricard blaming Brexit for price increases earlier this year. Beefeater, also made by Pernod Ricard, is up 6.3% on average to £17 per 70cl.

“This is consistent with what you would expect to see following a rise in excise duty of 3.9%, in conjunction with general inflationary rises,” says Wine & Spirit Trade Association chief executive Miles Beale. “Currently, 77% of the average priced bottle of gin goes on tax - duty plus VAT - meaning that upwards of £10.35 can go directly to the Treasury and this, of course, affects prices.”

“There is also the prospect that duty will go up again in the Autumn Budget,” says Beale. “In order for these sorts of price rises not to become the norm, the government needs to review its unfair and deeply unpopular excise duty levels.”

Indeed, even brands whose prices have risen significantly are selling strong. All of Britain’s top 10 gin brands grew in value this year, with the likes of Gordon’s, Tanqueray, Greenall’s and Hendrick’s in double-digit growth [IRI 52 w/e 22 July 2017].

“The botanical spirit has grown in scale and popularity - 4.4 million households in Great Britain now buy gin over the course of a year, up from 3.8 million last year”, says Kantar analyst Roy Mattar.

“More accessible brands have started to make significant contributions to the segment’s growth - brands like Gordon’s, Greenall’s and even more value offerings from the discounters.”