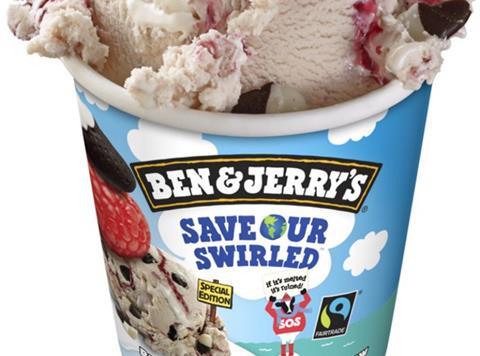 Average supermarket prices for ice cream are up 5% year on year across 462 SKUs in the major mults, with bestselling brands from the likes of Unilever, General Mills and Mondelez among those subject to price hikes over the past 12 months [Brand View 52 w/e 23 August 2017].

Prices for Unilever’s Wall’s ice cream range are up 8% year on year on average across 16 lines, with price increases on products including a four-pack of Wall’s Cornetto Classico 90ml ice cream cones - up 14% year on year to £1.84 on average - and a three-pack of 88ml Wall’s Solero Exotic - up 6% to £2.31.

Meanwhile, 500ml tubs of Häagen-Dazs Cookies & Cream, Pralines & Cream or Strawberry Cheesecake are now 2% more expensive than last year at an average of £3.80 across the mults. Tesco has hiked its 500ml Häagen-Dazs tubs by 5% year on year to £4.20, while Waitrose has increased its price for the range by 4% to £4.15.

Across the mults, shelf price increases on these brands are the result of a mix of fewer promotions, lower savings on promoted products, and straightforward price rises, Brand View data suggests.

It comes as latest Kantar 12-week data to 13 August 2017 shows value sales of ice cream are down 9% over the period compared to last year, despite a 34% surge in sales during June.