Madagascan vanilla prices past the peak 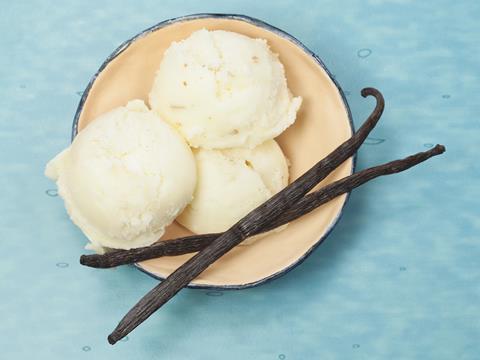 Panic over a vanilla shortage reached fever pitch this week, though the cost of the ingredient has actually stabilised in recent months.

Prices for Madagascan vanilla have surged dramatically over the past three years, climbing from just $90 per kg in January 2015 to reach a peak of $620 per kg last June [Mintec].

It follows a big drop in yields from Madagascar - which accounts for around half of the global vanilla crop - due to poor weather and premature harvesting in recent years. Yields have also fallen in Indonesia, driving global production down at a CAGR of 4.2% between 2007 and 2016, to 6,530 tonnes [IndexBox].

This trend was accelerated in 2017, when Cyclone Enawo hit Madagascar, destroying about 30% of its vanilla crop. This pushed prices for the ingredient above silver, which is trading at $533.53 per kg [silverprice.org].

The surge in costs is putting huge pressure on UK food manufacturers using the ingredient, particularly ice cream makers. One British producer, Jude’s Ice Cream, has reported a 1,000% surge in vanilla prices over the past two years.

However, vanilla prices have actually dropped back slightly since last October, settling at $612.5 per kg since January 2018, according to Mintec data. “Vanilla prices have been quite stable in the recent months, and have fallen since the peak last year,” says Mintec senior market analyst Jara Zicha.

All eyes now are on the assessment of the 2018 crop, which will determine what happens to prices in the year ahead. Early forecasts suggest prices are unlikely to drop dramatically in the near term.