Morrisons and Sainsbury's lead the way on scaling back deals 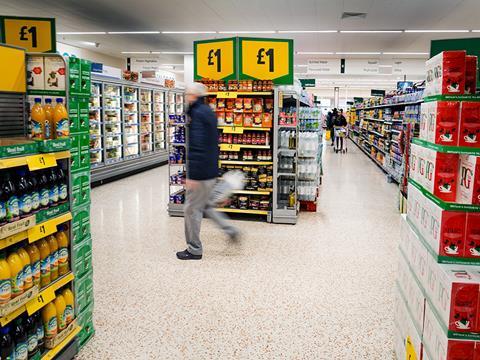 Morrisons and Sainsbury’s look to be scaling back their promotional activity, with both offering fewer deals in stores and lower savings than last month and last year.

Morrisons ran a total of 1,967 featured space promotions over the four weeks to 15 July 2018, 8.1% fewer than during the same period last year [Promo Dynamic Brands]. Average savings were down 9.8 percentage points year on year to 29.4%.

Asda and Waitrose also had fewer deals in stores than last year, but both had more than last month and higher average savings. Tesco reduced the number of deals compared to last month, but they remained flat year on year and it was “the only retailer to have increased savings year on year, from 31.3% to 31.8%”, says Assosia director Kay Staniland.

In Morrisons, the cuts are most noticeable in the booze aisles, with 8.9% fewer beer & lager deals and 31.6% fewer spirits deals than last year. It has also reduced the number of promotions on ambient confectionery, biscuits, cleaning products and oral care.

Sainsbury’s, meanwhile, made cuts to promotions on ambient confectionery, spirits and oral care in stores compared with last year, as well as meat, cakes & pastries and canned goods. Increases in deals across other categories weren’t enough to offset these declines.

Both also reduced the depth of cut across all but three of the top 15 categories, says Assosia director Kay Staniland. In Morrisons, the biggest savings drop was on meat, where average savings are 14.3 percentage points lower than last year at 19.3%. In Sainsbury’s it was wine: average savings are down 12.1 ppts to 15.6%.