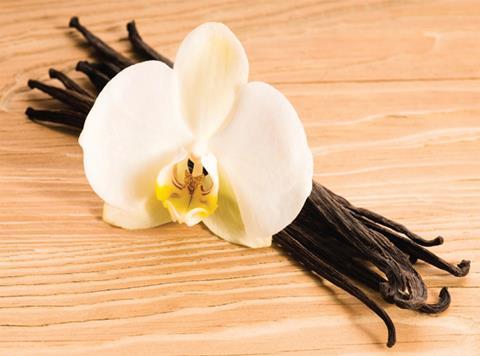 When it comes to commodity prices, it doesn’t usually get much flatter than vanilla. The average global price has been stuck at about $25/kg for the past six years [Mintec] - but change is in the air.

The Mexican vanilla crop is expected to be just 10% of its usual size this year, with production dropping from the usual 50 tonnes to about five tonnes, and there are quality problems reported in India.

India and Mexico are vanilla minnows compared with the world’s largest producer, Madagascar, which produces about 2,000 tonnes, but because vanilla production is concentrated in so few countries any change to crops - no matter how small - can set the market on edge.

Already, the price of black, food-grade vanilla from Madagascar has nudged up by 10% to about $30/kg, and the market is abuzz with talk of large shipments leaving Madagascar in recent weeks as buyers try to secure supplies while prices are still comparatively low. “There is definitely some pick-up in the market,” says Mintec director Nick Peksa. “Companies are setting their contracts now and stock is reducing.”

He adds that buyers are reporting 500 tonnes of vanilla have already been shipped out of Madagascar this year - a huge amount, given the total global vanilla crop is only about 2,500 tonnes a year.

Buyers are right to be nervous, Peksa adds. The vanilla market does not tend to move often, but when it does, price spikes can be extreme. Back in 2003, for example, the price of vanilla soared to $550/kg after a hurricane hit Madagascar and destroyed some of the crop.

There is no suggestion such extremes are on the cards for 2012, but vanilla buyers should nevertheless expect some “serious movement” on wholesale prices in the coming months, warns Peksa. “It might be an idea for people to book their product now.”

Plastics are stripped out from the risers and fallers table this week, as packaging material is covered on the facing page. They would have dominated our list of top five month-on-month risers otherwise.

Elsewhere, palm oil has risen in price recently, driven by continuing concerns about drought in South America, which is threatening the local soy harvest. Palm oil can be used as an alternative to soy oil, and buyers would be expected to look at substitution if this year’s soy crop turns out to be significantly below expectations.

Meanwhile, prices for Arabica coffee have continued to tumble over the past month, and are currently down 12.7% month-on-month and 32.1% year-on-year.