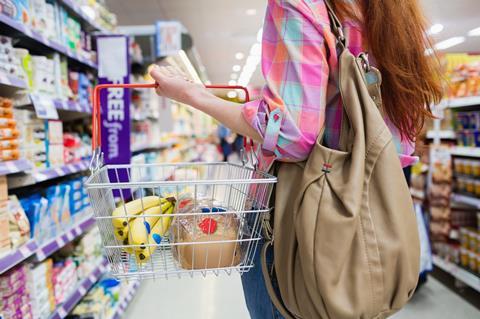 After hosting the Barclays Global Consumer Staples conference earlier this month, the dominant theme continues to be heightened worries about the impact of inflation. The concern is, as inflation continues to spiral, it will force companies to revise down their margin guidance. Six companies in our coverage universe already lowered margin guidance at the H1 stage, and there could be more to come.

The issue is not just agricultural raw materials, where most companies have hedging, but a massive increase in logistics and distribution costs (exacerbated by the shortage of lorry drivers) where hedging is less prevalent. This issue is particularly acute in the US and UK.

At the H1 stage, Unilever increased its raw materials guidance from ‘low to mid-teens’ inflation for H2 to ‘high teens’. Danone is signalling 8% to 9% inflation in H2 with no let-up likely next year. Investor attention is quickly turning to 2022 margins, with the concern being that as hedging rolls off, companies will be forced to re-hedge at less favourable rates.

To offset inflationary pressure, companies are looking hard at their cost base but will also need to step up pricing. Hedging is designed to give companies time to implement price increases, but it’s never a perfect match. We expect H2 this year to be the eye of the storm, with industry gross margins under real pressure. There is usually at least a two to three-quarter lag between when pricing can be taken and when inflation hits the cost base.

By and large we do expect pricing to start to offset inflation in H1 next year, but this will post significant challenges for some. In many parts of continental Europe, there is usually only one window a year to raise prices. Even then, we expect negotiations to be fraught, as retailers will be reluctant to push through pricing and will be wary of the threat from hard discounters and the possibility of private-label gains. Next year there could be some consumer sticker shock when it becomes evident how much more a basket will cost. For this reason, we wouldn’t be surprised to hear examples of delistings in the coming months.

In the US, we’re seeing a different story on pricing, where it is seemingly easier to pass through. The message from the conference was that the volume reaction from higher US prices has helpfully been pretty muted. In emerging markets, the problem is trying to take pricing at the same time as having an eye on affordability. We are seeing big downtrading in parts of SE Asia, not helped by aggressive local competition.

The other issue with pricing is who blinks first, with many tactics involved. Leading pricing up is much riskier than following pricing up. If you lead on pricing, you don’t know whether your competitors will follow and, if so, when. They may have an incentive to delay and steal market share. Having longer hedging cover than peers also means you can delay price increases and take share.

Working out whether inflation is structural or transient is also tricky. It’s easy to think it’s mostly temporary due to unfavourable climatic conditions (droughts in South America) and inventory rebuild as lockdowns ease. However, on closer inspection we feel there are also some structural elements.

There is once again competition between food and fuel, especially in the US. The US is short of vegetable oils as more is being diverted to be used as feedstock to satisfy significant renewable diesel capacity growth over the next few years, creating incremental demand for soybean oil. We are also seeing increased grain-based ethanol blending levels into petrol, particularly in Europe and China. When you add in stepped-up efforts to replace petrochemical-derived plastics and ingredients, with bio-based alternatives across multiple industries globally, one has to conclude some fraction of this elevated inflation might be here to stay.

The fiercest inflation is being felt in emerging markets, because you have both raw material inflation and weakening currency issues to deal with, suggesting developed markets are relatively safer. The truth is most fmcg companies are still in firefighting mode, focused on keeping shelves stocked and executing on pricing. There is little bandwidth for much else. All of this means there is a significant premium for those companies that can demonstrate real agility to stay the course in a volatile and dynamic environment, which frankly remains hard to call.